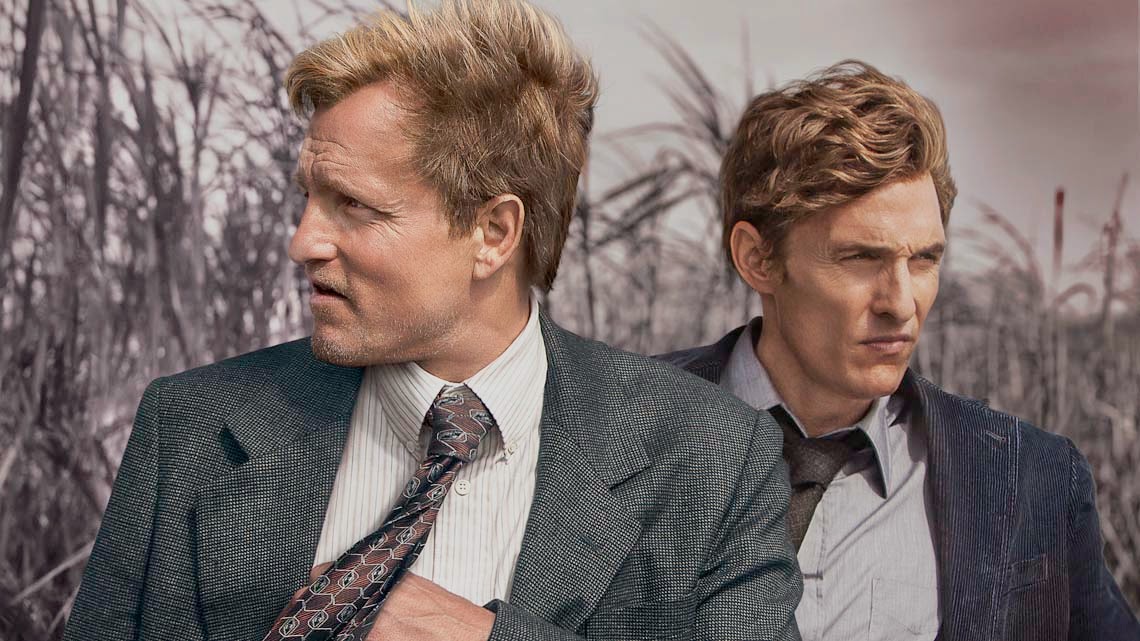 Not sure I liked the way this wound up, especially Rust's epiphany. It seemed to be heading down the familiar James Lee Burke route - Louisiana as America's eschatological dumping ground, where unholy alliances between child molesters, soul-less capitalists, evangelical bullies and corrupt old southern dynasties form with the regularity of storm fronts.

But then it sort of veered off into Texas Chainsaw Massacre territory. Frankly Reggie the Douche or whatever his name was, would have made a better principal nasty, though really the problem here was that the narrative was really about the mismatched relationship between the two guys from CID. They called the other cops Suck and Fuck, but were at times better deserving of the names themselves.

Posted by Inner Diablog at 3:10 am