A first English language feature from Claire Denis, and yet oh so very French.

As French as chugging along a motorway at 60mph in a 2CV sitting next to someone chain-smoking Gauloises with the windows shut. And for maybe the first 30 minutes or so, about as pleasant.

We both agreed that this was a strong candidate for most annoying film of the year. And gave up.

It was failing to do the basic job of any movie set in space: convince viewers that it is actually set in space. It’s as if Denis went out of her way to show that this was the least of her concerns.

And yet, I kept it on my iPad and during a recent trip to San José, forced myself to see it through. That Portillo Malbec helped. 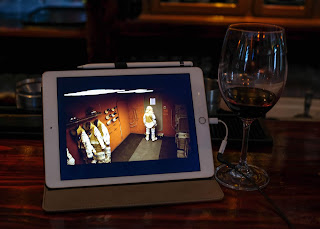 It isn’t completely redeemed by its second half, but those lingering genital close-ups of a baby girl (such a ferk you to the mainstream sci-fi audience) are supplanted by a growing then diminishing cast of characters capped off with the de-rigueur ambiguous conclusion.

It contains this handy piece of advice...


“Never drink your own urine, never eat your own shit — even if they’ve been recycled.”