Britons returning from Wuhan are set to be quarantined for two weeks at a military base.

Back in 1665, even allowing for the fact that London was then a much smaller metropolis, the range of orders and provisions laid down by local government to limit the spread of infection are both fascinating and pretty extraordinary. 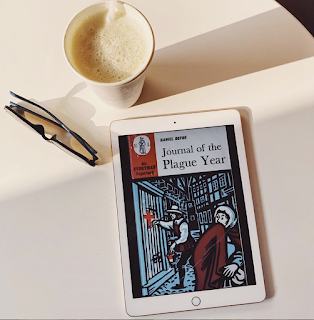 One has to wonder if the modern equivalents of Mayor and aldermen are as capable of such concerted and thorough action. (I've marked in red some of the more interesting provisions.)

All this is on top of the requirement by the Lord Mayor that physicians should tend to the sick without charging as well as providing free medicines.

It always used to freak me out a bit how, during the short journey between Knightsbridge and Hyde Park Corner, the Piccadilly Line on the London underground seems to laterally-undulate rather like a snake (though more noisily) as it circumnavigates various submerged plague pits.

Excerpt from Journal of the Plague Year, by Defoe...