A Place of Fear 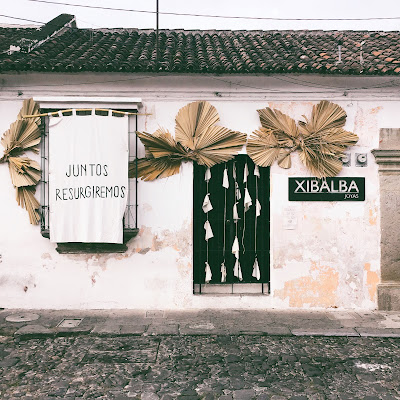 At least we’ve made it to Thursday without the world ending, though a stroll around Antigua right now perhaps reveals that the process is under way in more piecemeal fashion. (Did the ancient Maya have a conceptual equivalent of the slow motion train wreck?)

Here we can see some upbeat urban messaging from a jewellery shop named after their ‘Place of Fear’, that dimly-lit inframundo traditionally known to be accessible via a mysterious cave entrance close to Cobán. Not quite sure what to make of the dark pit of the — non-violently — dead announcing a mass resurgence.

If not exactly a place of fear, Antigua increasingly presents as a place of uncomfortable uncertainty.

On some levels it could be said that I have no skin in the game and have generally chosen to keep my distance from the foreign immigrants that do.

Yet I have several close friends, acquaintances, family even, from the pool of more local business-owners and service providers, many of whom have hit a brick wall in 2020, and I genuinely feel for them, particularly as I cannot see the situation righting itself terribly soon.

A stroll around town earlier in the week revealed a whole load of new gaps on the 'high street', which coupled with more or less effective presidential measures for halving traffic, left me with profoundly melancholic forebodings.

Even though I have lately hankered after the less commercialised Antigua of at least a decade (or two) ago, I'm also aware that a global pandemic would surely be a blunt-edged tool for achieving that ideal.

Current conditions would seem to favour more locally-orientated enterprises. Nevertheless, this week brought the perplexing and perturbing news that Hugo's Ceviches, established over 25 years ago by my wife's late cousin, would be permanently closing all of its restaurants, retreating back to the original proposition of roadside pick-ups. (V remembers clearly the conversation with Hugo in '93 when he said he was either going to return to the US where he had previously been living, or start up his ceviche business here.)

The family has been hit by a double tragedy in recent years, first the passing of the patriarch, then the death of his young son, leaving Hugo the younger to keep things going. Now this. I suppose like many dine-in outlets in Antigua the money that paid the rent was coming from alcohol sales, and in this respect the advantage now lies firmly with retailers. Hugo's was the picositas pioneer.

Another friend, whose mother founded one of the city's most celebrated traditional outlets, an engineer, has been offering to deliver pepián for forty quetzales on social media. Further indication perhaps that the looming economic crisis won't simply serve to filter away the chingaste, but may be turning Antigua into an altogether more tenuous and insipid sort of venue for life.

And that rather tenuous coffee metaphor leads me to this, a way to support some of the locally-owned cafés in town, which are collaborating to offer BLOOM, a single-origin bourbon from Finca La Labor. Available at the Fat Cat and other Guatemalan-owned coffee houses. 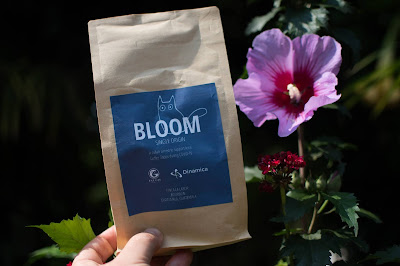