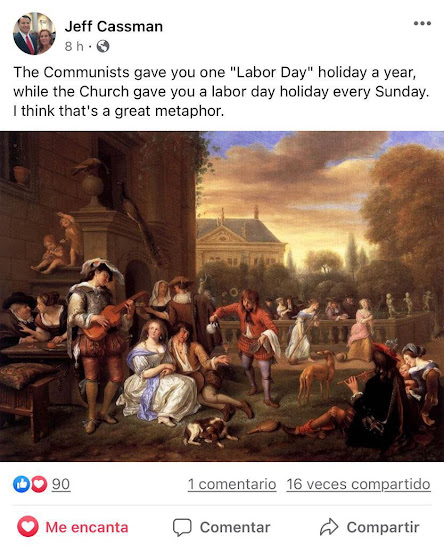 A rather hilarious post today from an old acquaintance of this parish.
One should worry less that he thinks that this is a 'metaphor' than about the fact that he seems to believe that the horse paste could be of some use against covid. * 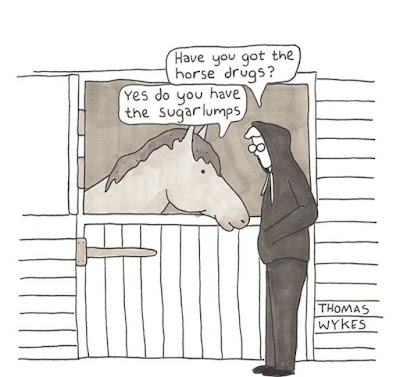 “Metaphors have a way of holding the most truth in the least space," said Orson Scott Card — but when you don't actually know what they are, they can lose their way in this respect.
It is a well known phenomenon that those of a religious bent have a greater tendency to mistake metaphor for fact.
Should we mention that he should actually thank the Jews for that day off every week?
He strikes me as the sort who might tend to confuse them with communists, when not referring to them as capitalists...but not the good sort, like the convicted fraudster 'Mark Francis' himself.
There's quite a bit of mortal sin going on (or about to go on) in that illustration.
Meanwhile... 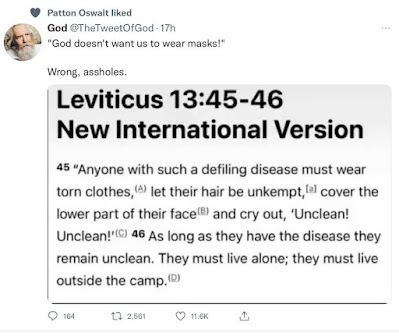 * The US National Poison Data System reports a 245% increase in overdoses of ivermectin, which some people believe can treat Covid-19 despite a lack of data, between July and August.
Posted by Inner Diablog at 3:22 am

A con man seldom dies in jail but does spend a good percentage of their life in a cage.