All that talk of 'the Firm', 'the Institution' or 'the Palace' struck me partly as a subterfuge — a way of describing the monarchy as an entity disconnected from British public life and indeed public service.

Specifically the whinge about withdrawn security was emanating from a couple who had chosen to live abroad, and in spite of having benefited from a $13.8m legacy from Diana, still expected the UK taxpayer to fund their protection in LA.

The British people were the most glaring omission from the whole discussion, only ever alluded to via their apparent surrogates, 'the tabloids'.

The Queen has devoted the best part of her life to the Commonwealth. Yet on more than one occasion in this interview Meghan, a non-Commonwealth citizen of mixed ancestry was presented as an obvious 'asset' to the institution for what seemed like largely skin deep reasons, something that was in some ways itself a demonstration of unconscious racial bias.

Our neighbour Belize is a Commonwealth country, where the Queen is head of state and features prominently (and youthfully) on the bank notes. It is a very diverse nation with Creole, Mennonite, Garifuna, Maya, and Hispanic populations, even the descendents of Confederate soldiers who settled there after the Civil War. As Meghan suggested though, 60-70% or more are 'people of colour' as defined within her own culture.

Would young Belizean girls see themselves in this affluent American actress turned Duchess with distant and diluted African roots? Would she bring a feel good factor to the Commonwealth connection by dint of her own ancestral diversity, alone?

To suggest that this must be the case is not only slightly dubious, it is jarringly condescending and it comes packaged with the insinuation that the Royal Family are a bunch of aristocratic in-breds that absolutely needed to be diversified in order to continue to be relevant.

And for Harry it was not enough to condescend to British citizens, then Commonwealth citizens, he had to publicly and unnecessarily patronise his father and brother as weak men trapped within a system they were unable to break free from.

'No questions off limits'? Except the ones about his in-laws. His father wasn't the only one with whom the Skype calls petered out. 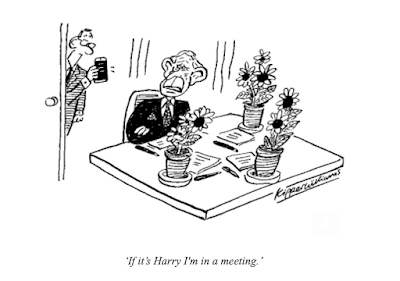 One has to conclude that the whole thing was largely the construct of a brainstorming session with LA lawyers. There was more than a hint of blackmail — we have a race card we can play anytime, a 'very damaging' one, so make sure our kids get their titles when due, oh and let's not detect any sudden upticks in James Hewitt chatter now that we have left the protective bubble.

Posted by Inner Diablog at 5:27 pm

James Hewitt chatter now that we have left the protective bubble.
The DNA beast is a great leveler. I admit that I keep mine to myself, one never knows...