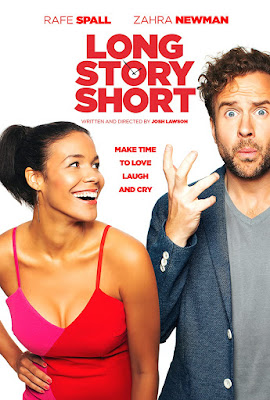 Romantic comedies are habitually targeted at a demographic to which I no longer really belong. So, those of us who either feel excluded, to a degree, or perhaps disapprove of the genre per se might not appreciate the lure of this title.
It's what you might call a high concept romcom, which potentially broadens the basic appeal. I've never come across anyone hostile to Groundhog Day, have you?
The premise here is possibly less brilliant, yet it has some other more latent forms of canniness about it.
It has been written and directed by Queenslander Josh Lawson, seen recently in Mortal Kombat (in the pile) and funded by Screen Australia, suggesting more cautious, sensitive investment than one might typically encounter in Hollywood.
This could have been set up as a gratuitous big screen advertisement for the NSW lifestyle, but instead the cast and locations have been carefully and rather cleverly constrained.
At no stage does the narrative flag in any way. The script and the impetus of the story is consistently good throughout, and it is funny, enough.
And however pithy the underlying message might be, it is undoubtedly relevant to just about everyone.
Posted by Inner Diablog at 8:13 pm