An article from the New York Times in 1970 announcing the opening of The Great American Disaster in London.

We didn't get our first McDonalds in the capital until 1974 and that was way in out in Woolwich for some reason.

So we had a very brief hamburger spring in the early 70s when the 'real thing' arrived on our shores and all we had to do was add a topping of 'cooly aggressive waiters'.

My 'uncle' Alan duly opened a competing chain called The Great British Success. I don't think it was. (But he had Wimpy House to fall back on...at least until they started erecting those evil arches.)

I remember going with my mother to the branch of the restaurant with the altogether less foolhardy name on Beauchamp Place. My milkshake debut, I seem to recall. 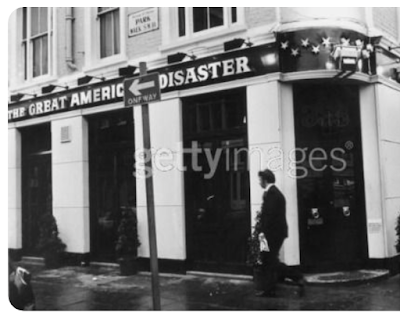 The very first one mentioned in this article was on Fulham Road, a corner that was later occupied by The Chelsea Kitchen after it was forced to move from King's Road. It too, sadly no more. 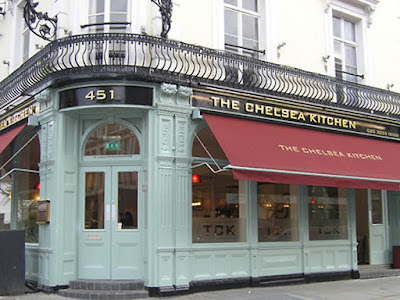 Posted by Inner Diablog at 8:20 pm