RIP Guide to Food and Drink in La Antigua 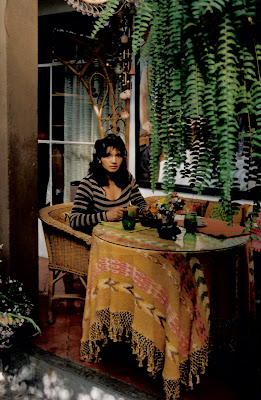 Having reached such a momentous landmark yesterday, I have been in a somewhat nostalgic frame of mind. The result, this elegaic post about the eateries and drinkeries in La Antigua Guatemala that are sadly no longer with us.

Several memorable venues had already gone patas arriba by the time I made my third trip to Guatemala in 1993. These included Mio Cid (behind the cathedral), once the most popular evening venue for visitors, and a smaller, less frequented nightspot called Moscas y Miel on the 5a Calle Poniente, which was run by an unceremonious catalan who used to slam the Gallos down on his mostrador.

One of the best Asian restaurants in La Antigua at the time was Zen, at the corner of 4a Calle Oriente and 3a Avenida Sur, within a private property which still catches the eye with its oriental flourishes. There were rumours that the owner, a Japanese ex-pat, had been gunned down. But being dead by popular consent is a surprisingly common condition here in Antigua, and one is forever running into people who have suffered from it.

Our favourite dining spot was the Mistral from yesterday's anecdote, an establishment once located opposite Doña Luisa's and run by a moustachioed French Canadian called André, who offered the best local rates for changing traveller's cheques by anyone in town who wasn't Chinese. His restaurant also used to do the best French onion soup my wife has ever tasted....and she HATES French onion soup!

And then there was the bizarre little vegetarian cafe called Govinda's, run by Israeli buddhists. This was situated in the two storey house which huddles up against the ruins of San Augustín on 7a Avenida Sur. Later this became Onis, the bar-restaurant where we were to spend the first few hours of the new millennium drinking Zacapa Centenario on the house. In those days Onis was the pride and joy of a young Guatemalan called Christian and he ran it more or less as a semi-private club for his mates...and their mates. It was never quite packed to the rafters with Guatemala's jeunesse dorée like some of its significant competition in the late nineties/early noughties, such as El Afro (now La Sala) and Collage (now Mito's).

For these were the boom years here; quite literally so. The area around the Arco de Santa Catalina was La Antigua's zona viva, and the coked-up scions of finqueros were known to fire their pistols into the air as they exited La Casbah. The then mayor, Victor Hugo, was a dapper young man himself and was considered guilty by the more sober residents of the Calle Real of encouraging all these shenanigans.

These were also the days of la ley seca, a kind of drinker's curfew which will be very familiar to Brits who have the bells of last orders please still tolling in their ears. (OK, it was 1am and not 11pm, but the cops did tend to enforce it quite enthusiastically.)

A bar whose name would certainly have resonated with exiles from Blighty was the Dog and Fox on 3a Calle Oriente, one of those places that seems to have been shut down because it was becoming too much fun. (And Fenix probably went because it sounded too much like a farmacia, but it did have a pool table.)

A precarious association between particular watering holes and banned pharmacologicals was often not so easy to spot for visiting patrons. Which is why the sudden disappearance of a whole batch of local negocios when the 'German Connection' was rumbled, may have come as a bit of a surprise to many, notwithstanding the constant churn in the food and drink industry here. One of our favourite chophouses — the ever tranquil Oasis — would appear to have been another casualty of this particular instance of investigative enthusiasm.

Another fine restaurant, perhaps La Antigua's most authentic trattoria — El Capuchino — finally closed its doors a few years ago when its owner returned to his native Italy to expire.

La Erupción at the Radisson (Once the Ramada and now Soleil) was also briefly rather trendy, and I suppose the Macondo pub next to the Arch is worth a mention here too.

But the stand-out joint of the era was surely Mojito's, well hidden in the grotto that now forms part of El Sereno on 4a Avenida Norte. This was a Cuban bar serving Cuban beers and inside one jostled with the sort of achingly cool individuals one usually only sees in those adverts back home for Bacardi rum. Where did they come from? You never saw their like during the daylight hours.

Anyway things are generally much quieter these days, even at the weekends. Many of the city's erstwhile merrymakers have either grown up or driven off the edge of the precipice which skirts the highway at Las Cañas.

I've probably missed a few places that others hold in fondest memory. I wish I could remember the name of that little unpretentious Japanese comedor on 5a Calle Poniente run by a sad-eyed sushi chef from Tokyo. He was ahead of his time.

Some of course will not be so sorely lamented. El Punto was fairly pointless for example. If you went in and asked for pasta the manager would tetchily dispatch her son to the La Canche's tienda to get some spaghetti.

The picture inset above shows V patiently awaiting her meal at Welten, and was taken during our honeymoon visit to Guatemala. Now I know that Welten is still very much vivito y coleando, but I think it deserves a few wistful bars within this little requiem, because it is not quite the place that it used to be.

For back in the late eighties Welten epitomised the kind of hobby restaurant set up by wealthy middle-European ex pats which didn't appear to make any effort to court the passing trade. Nowadays the manageress (who inherited the business from its late founder) tends to leave open the smart wooden portal on 4a Calle Oriente, so that random pedestrians might wander in...God forbid. But in the days when V and I used to drop in for a piña colada, one had to knock first.

And on a Sunday one would tend to find within small gatherings of Germans of shall we say a certain age, amongst whom I've been told, one could nearly always spot a lovelorn former U-Boat captain, besotted unrequitedly with la patrona.

It's not everyday you read a blog listing the restaurants no longer in Antigua...

I know, I may be making it harder for myself to secure those delicious advertising deals.

What an excellent post. Thanks for the walk down memory lane. Good times.

I can remember evenings at the Oasis and Hartmut holding court, with those of us chosen few, seated at his oval table drinking into the night. Those were the days.

What a delightful review of many of the restaurants I only heard of.

I think the Japanese restaurant on 5a calle poniente was called Yoshinori or something like that. You can still find the owner on the streets of La Antigua Guatemala every once in a while.