Under the influence of a continental super-state Britons started to live in rectangular houses instead of round ones and social status began to accrue from education and economic muscle rather than the more local ties of kinship and tribe. 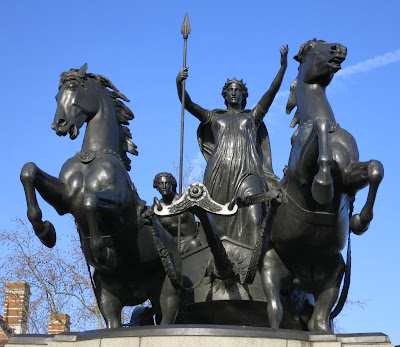 It was in these circumstances that perhaps our first great Brexiteer emerged: Boudica, queen of the Iceni.

In 60 AD she led an army of up to 100,000 in a bloody revolt against 'ever closer union', laying waste to much of urban Roman settlement in the south with a particular ire directed against Londinium. According to Tacitus 70,000 of its citizens were slaughtered as it was razed to the ground.

There is still a layer of red, oxidised iron to be found under the City, so in effect there have been two Great Fires in London's history.

Brimming with optimism, Boudica's horde then faced up at an uncertain location to a Roman force led by Gaius Paulinus Suetonius (ten times its inferior size-wise) and duly lost, really badly. 80,000 dead on the British side, 400 on the Roman.

In modern parlance it seems they had a tactically-naive attacking game and were thus extremely vulnerable to the counter.

Britain's new anti-cosmopolitan folk heroine then either fell ill and died of natural causes, or partook of poison. 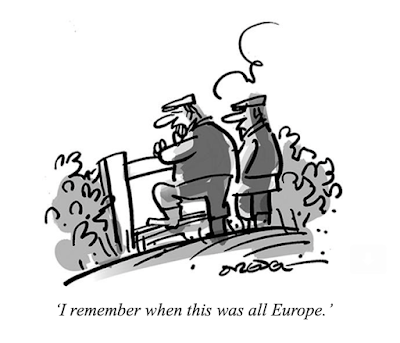 Posted by Inner Diablog at 8:28 pm