As any student of early England can attest, Æthelred the Unready, obtained his famous nickname not by virtue of being consistently under-prepared, but because contemporary commentators deemed him unræd, badly advised.

It strikes me that alleged rapist Diego Stella has similarly been the recipient of markedly poor counsel ever since the accusation against him was made. 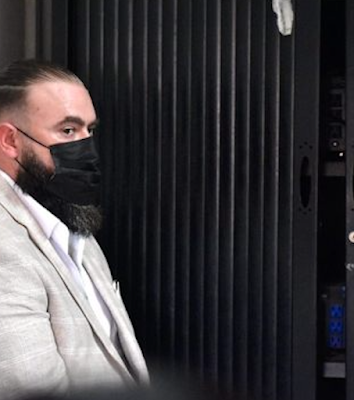 He began by choosing a defence lawyer notorious in this country, as has now been widely publicised, for below board subterfuge and delaying tactics, as well as for representing an assortment of shady characters, and alleged sex offenders, a pick he now characterises rather unconvincingly as a naive, beginner's mistake.

He also asserts that she was not a magistrada at the Constitutional Court at the time of her appointment to his team, which is not strictly true, given that it would seem, according to the public record, that she had already been elected to the position, if not fully confirmed, and was very much part of the circles he was mixing in.

These claims form part of Mi Testimonio, a serialisation of Stella's version of events being pumped out on social media as he awaits trial on remand.

I used to work with some of the world's leading experts on media communications, almost all of whom would have told Stella to put a sock in it some time ago, for this stream of self-pitying twaddle can only be doing him more harm than good.

Part of the storm he has faced over the past few weeks can be said to derive from his pre-existing, localised celebrity in La Antigua and it should not seem obvious that adding fuel to that comparatively small flame is the correct thing to do under these circumstances — however much it might irk him and his supporters that his alleged victim Verónica Molina has seemingly been "#astuta" in mounting her own media campaign.

The latest post, published yesterday on the eve of the audiencia, is surely the most ill-advised of the lot, not least because it patronises and to some extent demeans his alleged victim, and surely also further humiliates his own wife and their children in ways that will last long beyond his trial.

In previous posts Stella has suggested that the protest outside the Juzgado during earlier sessions was directed against him personally. In fact the demonstrators appeared to have had something more abstract in mind: the principle that no means no even within an existing relationship, and that it is fundamentally wrong for someone sitting on Guatemala's highest court to be arguing to the contrary. 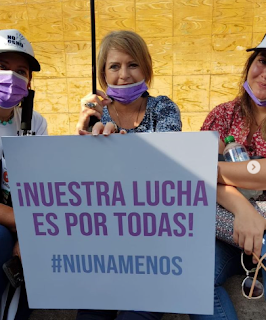 In UK law, the alleged victim of rape is provided with explicit protections that the victims of other crimes often lack. Verónica Mólina might have chosen to waive her anonymity here, but demonstrably did so in order to make public a series of violations of her rights as the alleged victim of rape, and not in order to satiate a public need for lurid details or indeed to spur her abuser on to a tit-for-tat digital duel, replete with opportunities to pose as the victim himself.

Indeed, she was rather obviously doing what she needed to do to respond to the fact that the charges against her alleged rapist had been modified (downgraded) before she had a chance to present her own testimony and evidence in court, a manipulation that Diego Stella still appears committed to.

At no point have her own legal representatives made apparently absurd pronouncements to the media along the lines of 'it cannot have been rape because the victim didn't arrive at hospital in a wheelchair'.

She has been trying, for reasons we appreciate, to establish an environment that is more favourable to all victims of gender violence in Guatemala.

Meanwhile, via his online testimony, Diego Stella has been offering her a ton of backhanded, inanely-hashtagged compliments — as if to keep up the cabashero posture — yet at the same time providing no concrete motivation which might explain her sudden desire to ruin his life, and possibly her own along the way, by putting herself through the mill in this fashion.

The testimony as it stands also offers no recognition that he has paid the inevitable price for the manner with which he responded to the denuncia from the outset, nor demonstrates any awareness that some of the statements he is making in public in this manner might actually dispose a judge to give Verónica Molina the benefit of the doubt.

If he is indeed an innocent man facing untrue allegations, he should not need telling that all he has to do now surely is address the need to present a credible defence in court.

Nobody outside the juzgado really needs to know about his humble origins in Argentina and all his hard work to establish himself here. It is simply not relevant. A judge will have to determine if there can be reasonable doubt whether he forced himself upon an on/off girlfriend.

The wife of V's abuser Jason Wade Lever has three times made unabashedly false and vindictive denuncias against me, twice utilising magistrada Claudia Paniagua to do so, and on each occasion I have presented myself at the first time of asking and have provided evidence that the accusations were grounded in lies and blatant fabrications. That is the task which confronts Stella right now.

I did not resort to shameful legal manipulations nor deny my accuser the opportunity to make her case, however duplicitous it ultimately turned out to be, and he must also face up to this requirement, as any sujeto procesal here should do.

The magistrada has consistently deployed all of her signature manoeuvres against my wife, effectively making the process of getting any form of justice drag on for over three years. Her client Jason Lever has made sure he has never had to listen to the evidence against him in front of a judge. This is the coward's way, and not one that Stella should be imitating if the allegations against him are unfounded.

In the western canon there are many tales of individuals who sign away their immortal souls. I cannot recall one in which the Arch-Enemy recuses himself and then he and his client agree to part ways amicably, because the whole thing was a bit of a tactical booboo.

If Stella's chances of a fair outcome have been upset in any way, this will not have been the doing of his alleged victim, but a consequence of his own very poor decision-making in the immediate aftermath of alleged events, and all the bad counsel that this entailed. (And if you hire a big shot's lawyer do not be so surprised when people start to take big shots at you.)

Some of the damage, inevitably, may prove hard to reverse. Yet I am struggling to believe that he signed up to the skulduggery programme for reasons of callowness alone.

* On one occasion, remarkably, I was not even in the country at the time of the alleged offence.

** In our experience one of the games that are played here is to reverse the allegation at the earliest opportunity, something that in principle is much harder to do in the case of rape, but in this instance some telling insinuations have still been made against the victim.

Posted by Inner Diablog at 5:18 pm