I once read somewhere that the correct reading of Lolita was as a satire on a certain kind of Americana,  a very specific sort of road trip. 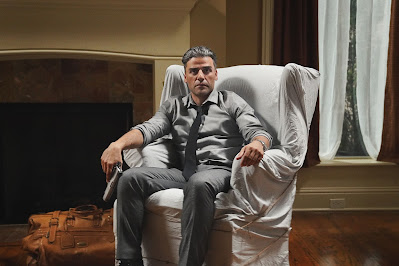 I recalled this little insight whilst watching the legendary Paul Schrader's new movie, which is immensely successful as the vessel of an uneasy encounter with a very monotonous, some might say soulless American aesthetic, and yet, for me at least, unsuccessful on almost every other level.

Yes, it stars the second most famous Guatemalan in the world, but Oscar Isaac manifests here more via his own charismatic movie star persona than as the character of a messed up former-PFC previously involved in degrading torture in Iraq.

There are two other lead characters, and they are also sketchy, essentially arc-less and contained within a narrative that flatlines in deference to the mise-en-scène.

Posted by Inner Diablog at 7:47 pm