Sustained ambiguity underpins the lasting appeal of the very best chillers, from The Turn Of The Screw to The Shining; Stanley Kubrick's take at least. 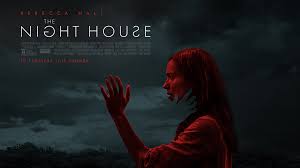 So often in this genre the final third involves a kind of disambiguation that spoils the whole experience, but I am happy to report that that kind of thing is largely avoided here.

Questions that might have arisen earlier — is that a dream, is she a ghost? — are lingering pleasingly at the end. Did I want to know more about Owen's impulse to construct a back-to-front version of his mainstream domestic arrangement. Kind of.

But in the end the movie basically works, and its creators are well enough aware of this to avoid all the usual jump scares. In fact there are one or two examples of negative jump scares here — moments that turn turbo-terrifying due to the absence of the expected jolt.

And above all it works because the lead is being played by Rebecca Hall.