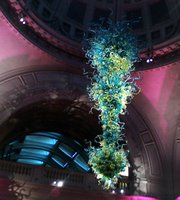 Park in Queensgate and check voicemail: just my mother letting me know that I don't love her any more because I hadn't called since Friday. While I'm appeasing her, a pair of bleeps indicate that Surfer is trying to reach me. I assume he's made it to the front steps of the V&A and is awaiting me there, but no, in fact he has broken down behind the Lycée. Sheepishly, he tells me he might have run out of gas. I wander down and find him wedged diagonally into a corner on Harrington Road. Together we shove the car until it's less of an obstacle and then I set off to get some petrol from the TOTAL garage on Sloane Avenue.

Even after tipping half the tub into the BMW using a refashioned Starbucks paper cup, and the other half onto the tarmac or over ourselves, we appear to be out of luck, but three students from the Lycée wander over and seem quite knowledgeable about the "pompe" and "gazole", and eventually help to give Surfer a push start. Such is the uncommon helpfulness of these Frenchies that we both vow to support them in the World Cup. Well, for the first week at least.

Up the red-carpeted steps and into what turns out to be a surprisngly swanky event. Not just a private view of Che Guevara: Revolutionary and Icon, but also a Miss Selfridge Fashion in the 60s show. Trust the V&A to pander to both the yin and the yang of that era, La Dolce Vita and La Bandera Roja. A quick scan of glittering and chattering crowd in the main lobby under that strange bauble thing (pictured) reveals that most of them have surely come here to celebrate the icon rather than the revolutionary.

The DJ has a hey hey we're the Monkeys hairdo and is spinning a set of sixties hits (of which You Only Live Twice etches itself most successfuly onto my consciousness). I wonder whether el Che is also spinning in his grave at 45 rpm.

As we mingle we fret that a careless fashionista might flick a fag in our direction and we'll all end up looking like the extras in Poseidon. ("Flash fire...lungs burn like rice paper.")

I have in mind to pour some Cava down my shirtfront to head off those eye-watering petrol-head vapours, but soon start to relax, waving my Chocolate Phone around to signal my sense of belonging. It's also the only way I have of recording this moment for (my own) posterity. It has to be said that most of the objectsofdesire on dispay have luscious eyelashes and are serving platters of sushi, though there are a few other delicate morsels posed around the circular bar that tonight is sponsored by Stolichnaya. "The history of Stolichnaya is deeply intertwined with Russian history and the Revolutionary spirit", boasts the drinks menu.

To "awaken my revolutionary spirit" I down a Martini and a 'Raspberry Beret': "As you sip this delicate mix of Stolichnaya Red vodka, Chambord and honey, let your thoughts return to those chants in 1967 Latin America "We won't let him be forgotten." No, but nor are we remembering him quite as he would have wished!

To my untutored eyes the 60s room looks like a bunch of spotty miniskirts − Portobello road behind glass cases − but the Che collection is certainly eye-catching and very well-balanced. The curators have worked out how to be both playful and informative without being blatantly irreverent to the aura of a man many still worship as a modern-day santo. The variety of images on display is fascinating (and all this and much else they achieved without Photoshop.)

A few years ago I came across some prints of the iconically iconic pic of the commandante by Korda in a gallery in Greenwich. They weren't that expensive and I guess I ought to have invested − especially now that there's one in this exhibition! I recall that at the time I pissed off the gallery owner a bit by pointing out that the massive blown-up colour print he was selling as "Havana Cuba" was in fact the Tanque de la Union in Antigua Guatemala.

As I get back to the Island I have a text from Surfer − he's broken down again, a few hundred yards from home, right outside Olympia. A copper helped push him out of the way then left him waiting for the RAC. Looks like we really did pour more petrol over ourselves than into the Beemer.