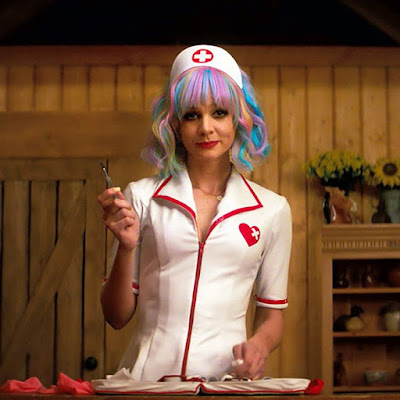 Although its impact right now may be dampened by the pandemic, I am fairly certain this is a movie that will still be discussed in decades to come.
There are many reasons why it is rather special, something I believe anyone who watches it will appreciate, but I gave it 4.5 stars not 5 because it bears a few flaws, and it is these that I intend to waffle on about here. (Some spoilers...)
1) The movie is just a little reticent about showing us the full consequences of Cassandra's reverse-predatory entrapments.
2) It's not clear to me that there is a firm analogue between what happened to her mate Nina and what she then undertakes as a form of broad gender vengeance.
3) The whole relationship with Nina and Cassandra's response to what happened to her friend does seem a bit contrived as story impetuses go.
4) At around the end of the second act an old video with important ramifications for plot development makes an appearance in a manner that is not especially convincing.
5) The ending is really the only ending that would satisfy, yet it is clearly dependent on a chance outcome at the bachelor party. Call me old fashioned, but I kind of need my plots to feel a bit more inevitable, no matter how much apparent randomness they have to steamroller through.
More generally, the movie shifts from light to dark moods, sometimes in a manner that feels unearned. And yet clearly ambiguity and comedy are being used as a subterfuge, in some ways paralleling the way that the protagonist feigns drunkenness and vulnerability. 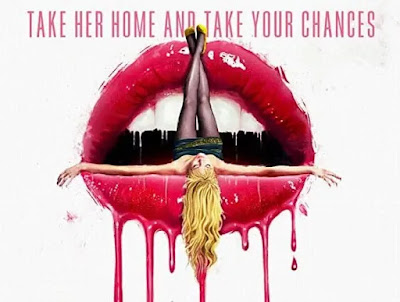 Director Emerald Fennell is Hammersmith-born and Oxford-graduated and arrives in LA after stints on Killing Eve. Let's hope this is the first of many extraordinary films she has in her locker. (She also appears as Camila Parker Bowles in The Crown, I'm told.)
And we're grateful for this reminder of what a genuine movie star Carey Mulligan is and should remain.
The OST is fab.
Posted by Inner Diablog at 7:43 pm