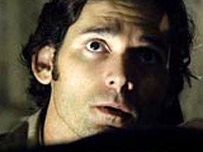 I can't make my mind up about this one. V − only half watching from behind the Powerbook screen − described it as "depressing" at the end, and I was inclined to agree.

I was just five and had been watching my first Olympic games on the black and white TV in our kitchen when my father brought in that morning's Daily Express which featured the faces of the murdered Israelis. Perhaps for the first time in my life I was aware that something depressingly awful had just taken place in the world outside.

Spielberg delivers some great set-piece scenes, but the trouble is that much of the dialogue comes across as equally contrived. It's all rather didactic, more concerned with using history to deliver a point about the present, than providing entry into the mental world of its key characters.

Avner comes to intellectually question the strategy, but at the tactical level he has been unflinching. Bana was apparently picked to add "humanity" to a character that might otherwise have come over a bit just obeink orderz, but the actor's personal charisma is really all we are left to sympathise with. The device of giving Avner flashbacks to the Munich Olympics is rather suspect and the scenes with the big friendly amoral French family in their country pad are plain ridiculous.

The last Spielberg film to feature a powerful background image of the twin towers of the World Trade Centre was AI: Artifical Intelligence, but there the shock effect was unintentional, and better for it.
Posted by Inner Diablog at 12:05 pm