I am currently re-reading my second favourite science book — The Fabric of Reality by David Deutsch* — and in many ways getting even more out of it than I did the first time way back in the early noughties. 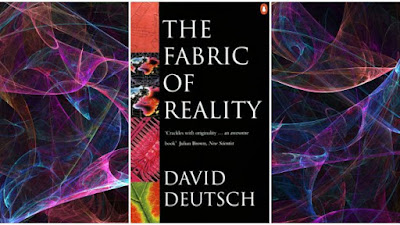 The first chapter,entitled The Theory of Everything, is a stand-alone tour de force which contains one of the most elegant take downs of the reductionist approach to explanation one is ever likely to come across.

I have chopped it up a little bit here...

A reductionist thinks that science is about analysing things into components. An instrumentalist thinks that it is about predicting things. To either of them, the existence of high-level sciences is merely a matter of convenience.

There are explanations at every level of the hierarchy. Many of them are autonomous, referring only to concepts at that particular level (for instance, 'the bear ate the honey because it was hungry'). Many involve deductions in the opposite direction to that of reductive explanation. That is, they explain things not by analysing them into smaller, simpler things but by regarding them as components of larger, more complex things - about which we nevertheless have explanatory theories.

For example, consider one particular copper atom at the tip of the nose of the statue of Sir Winston Churchill that stands in Parliament Square in London. Let me try to explain why that copper atom is there**. It is because Churchill served as prime minister in the House of Commons nearby; and because his ideas and leadership contributed to the Allied victory in the Second World War... 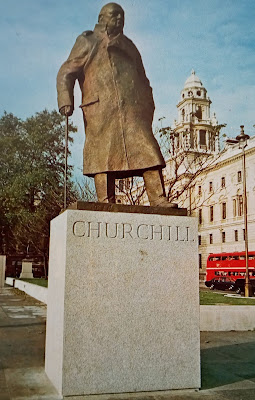 But even if you had the superhuman capacity to follow such lengthy predictions of the copper atom's being there, you would still not be able to say, 'Ah yes, now I understand why it is there.' You would merely know that its arrival there in that way was inevitable (or likely, or whatever), given all the atoms' initial configurations and the laws of physics.

In the reductionist world-view, the laws governing subatomic particle interactions are of paramount importance, as they are the base of the hierarchy of all knowledge. But in the real structure of scientific knowledge, and in the structure of our knowledge generally, such laws have a much more humble role...

I must mention another way in which reductionism misrepresents the structure of scientific knowledge. Not only does it assume that explanation always consists of analysing a system into smaller, simpler systems, it also assumes that all explanation is of later events in terms of earlier events; in other words, that the only way of explaining something is to state its causes.

And this implies that the earlier the events in terms of which we explain something, the better the explanation, so that ultimately the best explanations of all are in terms of the initial state of the universe

The truly privileged theories are not the ones referring to any particular scale of size or complexity, nor the ones situated at any particular level of the predictive hierarchy - but the ones that contain the deepest explanations.

Yet Deutsch later also clarifies that...

Holism - the idea that the only legitimate explanations are in terms of higher-level systems - is an even greater error than reductionism. What do holists expect us to do? Cease our search for the molecular origin of diseases? Deny that human beings are made of subatomic particles? Where reductive explanations exist, they are just as desirable as any other explanations. Where whole sciences are reducible to lower-level sciences, it is just as incumbent upon us as scientists to find those reductions as it is to discover any other knowledge.

* Visiting Professor in the Department of Atomic and Laser Physics at the Centre for Quantum Computation (CQC) in the Clarendon Laboratory of the University of Oxford.