Our second outing into the wicked wilderness this week, Wrong Turn was just enough of a piss take to contrast pleasingly with the generally darker, tenser (and only marginally satirical) Red Dot. 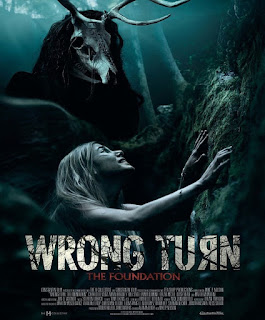 It's a remake or possibly reboot of an original I am unfamiliar with, dubbed at the time as hicksploitation, which adds a fairly drôle layer of hipstersploitation to this tale of youngsters on — and then rather unfortunately, off — the Appalachian trail in West Virginia. (It was in fact shot in Ohio.)

Posted by Inner Diablog at 5:05 pm