Those convinced that the universe starts supernatural before it is in any way natural can be both reassured and perplexed by the presence of evil in the world.

I don't count myself among their number, as the existence of something spiritual, unitary, and omni-benevolent as the source of all physical reality is for me an interesting possibility rather than any kind of certainty.

I'm basically on the vice versa side of believing in order to understand, but wherever you are on this, the problem of evil is usually filed under 'unsolved'. 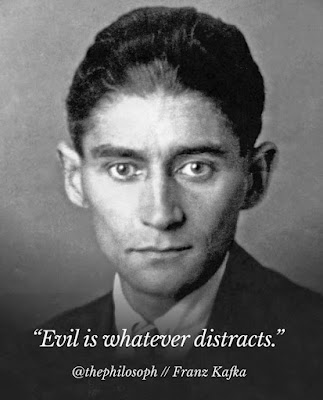 Recent events have led me to return to this little headache. If I examine my own thoughts on the matter I find that the conclusions I have tended to reach are neither fixed nor consistent.

Not wanting to subscribe to the standard monotheistic notion that evil is a metaphysical force in the cosmos — out there — perhaps even personified in the form of diablos and demonios, I tend to think of evil actions as having occurred as a result of something resembling poor judgment, or even poor taste.

An almost aesthetic deficiency in a person, if you like.

Socrates said that evil actions were the result of ignorance, but that's not quite the same thing. For what he means is that it is not possible to voluntarily do something we know to be evil. Really? Yet this can be a result of an inadequacy of reason as much as lack of knowledge. So maybe my aesthetic analogy still holds, as there sure are loads of people lacking both the good taste and the basic awareness of this lack.

St Augustine meanwhile grew up amongst Manichaens who would have it that the whole cosmos is set up as a battleground of equal and opposite forces for good and evil. Once settled as a Christian the best explanation for BAD he initially seemed to be able to come up with was that it was all going to be for the good in the end. Right.

He then seemed to adopt the idea that evil was a form of nothingness, a negation.

What is and should be, exists; what is but should not be, has no existence. That is what Augustine seems to be saying when he talks of evil as pure negation. So both good and good things exist, and corrupt things also exist; but corruption itself does not exist. Can we make any sense of this?

No, I think the answer would be.

Ignorance and poor critical judgement are sticky states that most individuals only rarely shake off. Augustine at least makes the suggestion that we are always free to be either good or bad at any given moment, though he thinks we are generally good when acting in a state of Grace and bad when we act out of volition, aka free will.

In the Jewish tradition Maimonides had some similar ideas to share. Each and every one of us is born somewhere on the moral and emotional spectrum and have the obligation to nurture and develop our own character from there. If someone tells you that you are arrogant, go forth and practice humility...and so on. 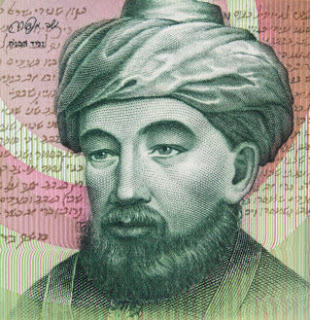 He also saw evil as arising where good was absent (later known as the privation theory) and concluded that our individual attributes were more likely to lead to bad actions than those that derive from our shared humanity. Not especially good news for people that lack empathy.

Strictly speaking, evil cannot be known, for one cannot know nothingness. But the possibility of evil–in other words, of decay and corruption–exists because everything except God, and thus also man, was created from nothing, and hence is subject to change.

Many thinkers, Jewish, Christian or otherwise, try to contain evil within their worldviews as an inevitable side effect of free will or at least the non-unitary nature of physical reality, and some indeed go on to posit that collectively the civilised values that we promulgate will always have a downside no matter how hard we try to be the best we can be. There is plenty of circumstantial evidence to support this.

When I was first working in digital media in the early nineties I found I had a ready-made comparison to hand. The Internet was then already providing socially useful ways for people to communicate and collaborate in cyberspace, individuals who might have struggled to meet up physically and do this before. This could apply to handicapped flower-arrangers or it could apply to people who wished to copulate with dolphins.

The freedom that the Net presaged, would always have two sides to it, but surely not equal and opposite in the Manichaean sense. Back then, the task was to convince the mainstream that the positive effects would significantly outweigh the deleterious and that draconian state censorship or surveillance was not the way forward.

This takes me to a study I have probably cited before, contained within the 1992 book Ordinary Men: Reserve Police Battalion 101 and the Final Solution in Poland by Christopher Robert Browning.

It tells the story of a group of former German cops from largely socialist or social democratic backgrounds that are dispatched east by the Nazis and asked to participate in atrocities. The conclusions reached here are supported by many psychological studies. Take any ten men and give them an order to do something utterly awful and eight will comply without much of a grumble. One will refuse. And the other one will go above and beyond the original order in terms of sheer nastiness.

That's us: Humanity. But we are not always the same person in this spread. Most of us will spend our days amidst the conformist clump, but occasionally set off in the direction of one of the more stand-out extremes. This at least seems to me to be the conclusion of Browning's rather depressing study.

One can use Google to find various interesting lists of the types of evil. Norwegian philosopher Lars Svendsen has four in his.

Some of the evil done to me of late has featured at least three of these, often at the same time.

Posted by Inner Diablog at 3:31 am