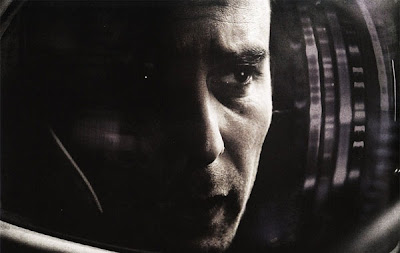 It's almost impossible to describe without mentioning either 2001: A Space Odyssey and Silent Running or without spoiling the surprise. Suffice to say there's a moment quite early on in this story about a lonely man called Sam Bell running a mining station on the dark side of the moon, when the number of Sams inexplicably doubles, and the plot possibilities suddenly swell in a particularly stirring fashion.

If it has a failing it is that it spends a bit to much time nodding deferently at its forerunners and misses some rather obvious opportunities to really ramp up the tension and thought-provocation in the final section. And while it's undoubtedly going to be one of the most memorable flicks of 2009, perhaps a little too much of its magnestism has been borrowed from the hard sci-fi classics of the sixties and seventies.