I used to smirk at these assertions made my mother.

There I was, growing up in a city of ten million, which she had offhandedly yet deftly condensed to a tiny subset of those who mattered.

She was a self-styled socialite and, on balance, a terrible snob.

Perhaps thankfully, I have inherited only a watered down version of her attitudes to the hoi polloi.

Until I turned forty I was, foreign excursions and three years in Cambridge aside, a creature of the Big Smoke. 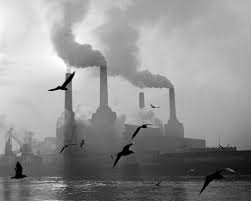 Yet these sojourns outside the comforts of metropolitan anonymity have taught me that one has to be immensely careful with whom one socialises — for in smaller communities, casual acquaintances tend to become almost unavoidable*. And for introverts such as ourselves, this can be problematic at best. In a worst case scenario, they even start dropping by, unannounced.

Here in La Antigua experience has also revealed that the individuals one must most studiously avoid are those engaged in the project of being a big fish in a small pond.

*Back in the noughties we used to show up almost monthly at the vernissages set up by Laurel and Bruce at the Panzón Verde. This seemed like a good idea at the time, yet we soon we realised we'd been gradually accumulating loose acquaintances that we'd almost never be able to shake free of — and so once we were set up here permanently this was one date in the diary that sadly had to be crossed out. To some extent the distinction between shyness and arrogance is in the eye of the beholder.

Posted by Inner Diablog at 7:44 pm