Before we sat down to watch Cruella I'd seen a piece on the BBC News website referring to the mixed reviews the movie has had from leading critics. 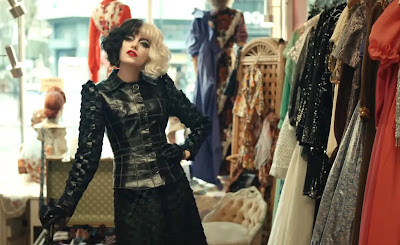 Visually it was often rather fun, but this was nothing like the seventies London I remember.

My mother was an elite catwalk model, admittedly of an era slightly before this, yet I also doubt there would have been anything here to tickle her fancies.

And oh was it long. Did we really have to go through three big parties with guests that functioned like computer game NPCs?

Do kids today have the requisite attention span and are they really all that interested in couture?

Give Wink his own franchise.