The Mosquito Coast (...from Apple)

I am not quite sure what to make of this updated, extended-format version.

I do have a lot of time for the Theroux clan.

My recent reading of On The Plain of Snakes by Paul was generally positive, though at times it struck me as odd that this old chap, one of the world's most seasoned travellers, still seemed to be looking at Mexico with the 'North American Gaze' *, though maybe he was only gently pandering to these resilient prejudices in order to carry his audience with him…I subsequently concluded.

Here though, starting with the funding from Apple, there is a constant whiff of liberal hypocrisy to deal with.

Other than these fanciful outfits — apparently how stuck-up Mexicans dress for dinner — S01E04 features a supposedly crucial culminating scene when its hero is outed as an 'asshole' by a Mexican. He is given a lecture, at gunpoint, on how he cannot ever really flee America because it is in his head, how he thinks he can simply pay for anything, and so on.

And there is some truth in that for sure. We have a few of those nuclear family, off-the-grid types down here and even those that are not explicitly fugitives from developed world justice are usually a lot more morally murky than the Foxes so far appear to be here.

Yet the scene still feels a bit specious, perhaps because the character played by Justin Theroux remains essentially a cipher for the progressive worldview of uncle Paul — author of the original novel — and because this particular Mexican had earlier been carried unconscious across the desert to relative safety by Fox and his basically likeable family.

So, Chuy has a point, but delivers it in a noticeably unreasonable, chippy fashion. And this lets Fox off the hook.

As I watch the episodes I struggling to think of a US film or TV series where there are Mexicans who live at a decent material and cultural level who have not acquired their means via either criminal activity or inheritance. Mexicans with boring midde-class lives.

Perhaps not teachers or accountants, as these undoubtedly have their own sub-stereotypes — political activists/working for the cartel — but advertising execs, restaurant owners, college lecturers, market speculators, production runners etc.

Spoiler alert: the Foxes are not even going to make it to the Mosquito Coast itself, if ever, during season one.

Yet they are going to reach the area around Nayarit, which interests me greatly as I have never been, but have felt the lure, and things may yet change in terms of the overall representation of the country.

I have fond memories of Melissa George as Angel in Home and Away and so far, she's the best thing in the series. 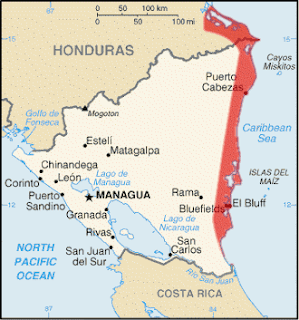 The Mosquito Coast, aka the Miskito Coast, was one of Britain's greatest Yank-baiting exercises during the nineteenth century. It actually had a flag... 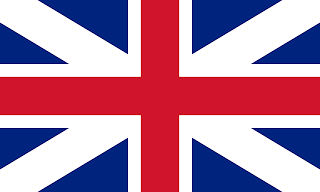 ...which is basically the UK without Northern Ireland, and so may soon have to be revived.

* I do know that most of Mexico sits on the North American continent, but you know what I mean.

Thank you for this interesting article. I hope you will like this also How To Select A Manpower Consultant In Delhi?- Human Resource India.