My (paternal) grandfather supported both Brentford and Chelsea, so I guess today would have been a very big day for him.

In the season that I started taking top flight English football seriously (1978-79) Chelsea were relegated to Division Two.

They came back up in the mid-eighties, but by then had basically missed my adolescence.

This may be one reason why I have been a bit of fair-weather-fan of Chelsea FC ever since, in spite of the fact that my childhood bedroom window afforded me a view of the King's Road. 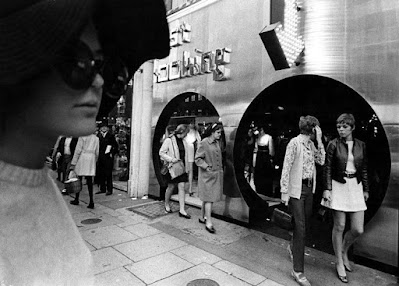 It would be fair to say that back in the 70s they were not the fashionable club they have since become under oligarchic ownership.

World's End is called world's end for a reason we used to think, and Stamford Bridge was beyond that...in Fulham. 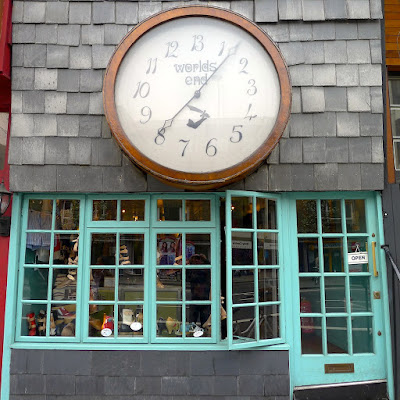 And there have been times when I have been more favourably disposed to Fulham F.C. and Craven Cottage is a wondrous place to watch football. 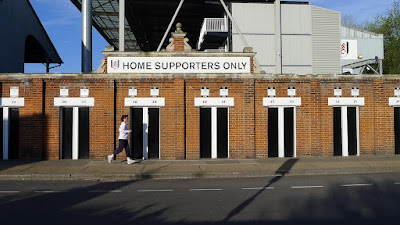 I used to go to Arsenal's old ground Highbury with my friend Antonio, an avid Brazilian gunner-torcedor. His father was too, with a slightly awkward habit of walking out before the final whistle if the game wasn't going his way, yet he had a very vocal soft spot for one particular Chelsea player — Micky Droy — who appeared, on paper at least, to be the very antithesis of the Brazilian football ideal. (Listed on Wikipedia as an 'unsentimental...uncompromising defender'.) 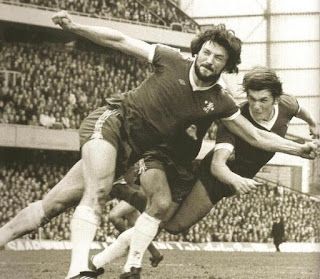 Droy also played for Brentford earlier in his career.

Anyway, during the Premier League era I have warmed to Chelsea. I like all of London's top clubs but probably like Chelsea the most these days.

I cheered them on in their previous Champions' League finals in 2008 and 2012 and I will be cheering them on again this afternoon...

There was perhaps a moment when City had just overcome PSG to reach the all English match-up in Porto when I realised just how nice Pep is and how, after all, it might even be a good thing for him to claim club football's biggest prize with this team. The feeling has faded a bit since.

My mother's last private home was just a stone-throw from the Bridge... 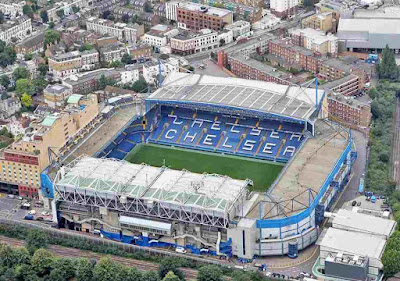 Posted by Inner Diablog at 2:57 pm