The Woman In The Window (2021) and Viewpoint

Another thriller that's only really half a decent movie. 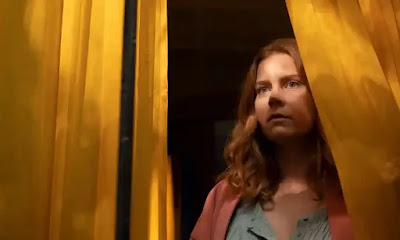 Maybe not even that, because of the disappointment that comes by way of a conclusion had been telegraphed almost from the start.

I'm not sure if the problem emanates from the source material or director Joe Wright. (Atonement, Hanna, ugggh).

As the lockdowns are easing it is possibly no coincidence that we are suddenly being treated to a lot of curtain-twitchy material about people staring out of windows with morbid curiosity.

Just last week we binge-watched Viewpoint. There too the 'twist' towards the end of the cancelled final episode was depressingly predictable from just a few minutes into the first. 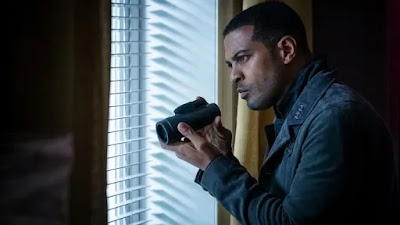 By the way, the manner with which ITV dutifully removed the last instalment from its schedules felt slightly Stalinist to me. The mini-series was the product of many different individuals' hard work and at that stage many millions had invested several hours of their week into it. Did they all have to pay for the alleged actions of one vile sexual predator?

Anyway, as the way it was to wrap up was all too foreseeable, maybe the suits imagined they might be doing the audience a favour. It certainly won't stop them selling all five episodes around the world. If it comes here, I'd be rather chuffed if the title was translated as Por Shute.

Back to Amy Adams in her window. This movie is trying to convince us that it is Hitchcockian in the same way I might try to convince you I am speaking French just by putting on an absurdly thick accent.

The above mentioned source novel was written under a pen name by outed mythomaniac Daniel Mallory. One of his juicier fibs was that he wrote a dissertation on Patricia Highsmith at Oxford.

The movie was cut by Wright and then recut by Tony Gilroy, when 2018 test audiences didn't really get it. After postponements and post-production puttering it finally reaches the small screen via Netflix...and still bombs. 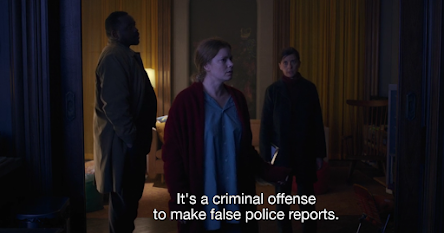 Hitchcock's plots nearly always managed to surprise me. And my favourite truly twisty 'Hitchcockian' movie has long been the wonderful L'Appartement (1996) with Vincent Cassel, Monica Belluci and Romane Bohringer.

That movie took me in directions I could never have anticipated and ended on a downer, but not the sort that comes from unsound creative decision-making.

Posted by Inner Diablog at 6:51 am