I've been properly hooked on this show, but in the end not entirely un-glad that it has run its course, because it has been a little bit draining. 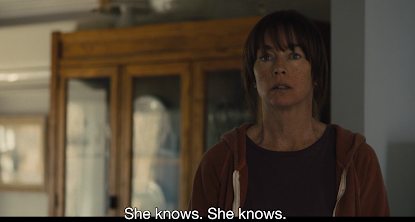 There seems to be something of a trend forming in these TV mysteries in which the female victim is gradually forgotten, and to some extent blamed, as the episodes go by, her death eventually comprehended as something of a tragic accident where the perpetrator's greatest moral failure was the attempt to keep quiet about it.

This was true of Viewpoint and now it seems to be true of Mare of Easttown.

Did I miss something, or did we never really learn where Dylan was on the night of Erin's death?

Wayne Potts came and went in a flash. In the end he served the purpose of removing Zabel rather abruptly from the plot and getting Mare her badge back, but we never really learned a great deal about him.

Prior to any second series Chief Carter is going to have to start attending some of those church services, family reunions etc... 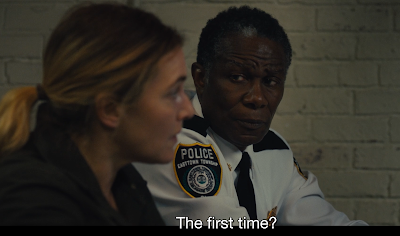