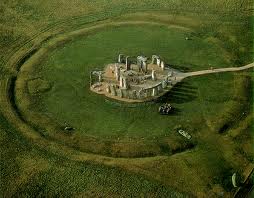 It always rankles me a bit whenever I hear some Hispanic TV broadcaster referring to what he or she perceives as the majority population of the United States as the Anglo-Sajón community. These folk clearly think of themselves as white, but Spanish-speaking, so it perhaps by dint of language that they lump together peoples whose near ancestors came from all over continental Europe and Scandinavia as well as the British Isles.

Of course our French friends are often even less circumspect in their use of the term, especially when economics are involved. For them not just the English, but in fact all Brits and North Americans are essentially 'Anglo'  their tendencies.

Now if truth be told, the Angles, Saxons and Jutes who seeped into the gap left by the departing Romans from the fifth century AD onwards have left very little lasting genetic evidence of their presence in the 'native' English population. In the male line it is something like 5%. In the female, they might never have been there at all. So whatever English people and populations around the world descended from them are, they are clearly not Anglo-Saxon.

Indeed, recent DNA studies suggest that if you are English and your ancestors didn't arrive in the past hundred years or so, chances are that they were ensconced on the island quite some time before Julius Caesar showed up. (But no longer than 15,000 years ago when the ice melted, allowing human beings to come and live in Blighty.)

Which brings me to the news released this week that "after 10 years of archaeological investigations, researchers have concluded that Stonehenge was built as a monument to unify the peoples of Britain, after a long period of conflict and regional difference between eastern and western Britain."

Such a unification was required because Iron Age Britain had accommodated two very distinct populations. One lot, the Celt-Iberians had taken the Atlantic route up from Northern Spain via Brittany, while the other, located primarily in the east, had made it across from what are now Scandinavia and the low countries.

It seems that building the stone circle in Wiltshire was ultimately a waste of time, because this ancient divide has been perpetuated in the modern myths of origin and ethnic separateness that underlie the cherished identities of the various nations that currently comprise the United Kingdom.

If DNA studies now tell us that the 'Celts' were not from Central Europe and that they were possibly not the majority population in pre-Roman Britain, they also tell us that Englishness is a more ancient distinction, owing little to the people who ran the southern part of the island politically (with a few Danish interruptions) from the sixth to the eleventh centuries, yet still flaunting some tenaciously Germanic roots.

Posted by Inner Diablog at 5:56 am No comments: