My 10 Favourite Restaurants in Central America - The Top 5 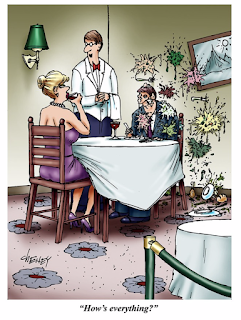 Been thinking that it was high time that I updated my top 10 list as there has been a fair bit of churn lately.

Playa del Carmen has shed its last entry, having joined the mad scramble for overpriced mediocrity, in much the same way Antigua did some time ago.

As I think I’ve mentioned before, this place could open up in London’s Soho tomorrow and would soon have a largish queue outside every lunchtime. The Mexicans seem to do upmarket Asian ‘streetfood’ especially well, though why this one landed here of all places is anyone’s guess. 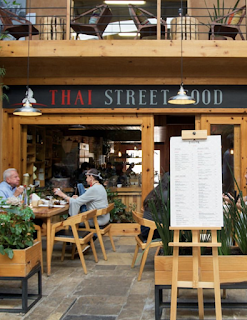 Part of a family of 'Oliva' restaurants in the capital of Yucatán, this is the best of the bunch. A truly stylish blend of Mexican and Italian cuisine. The 'industrial chic' interior that their website righty boasts of makes for a great wine bar as well.

Another gastro-bar, this one in the heart of Belize's preeminent mainland beach community. A previous winner of the Belize Tourism Board's Restaurant of the Year award. The menu is interesting, the grub generally excellent. Patrons tend to look as if they have been kitted out by Tommy Hilfiger, having just parked their yacht outside.

There’s no shortage of so-so surrogates for the keyed-up Porteño carnivore experience in these parts - think Antigua’s own NiFu NiFa etc. - but none comes as close to authenticity as this restaurant in Chepe. It really does feel like a little corner of Buenos Aires.

In a superb location beside the 7-coloured laguna (which works equally well, though differently, as a venue for either lunch or dinner, indoors or outside),  La Playita specialises in high quality finger-food, but the menu stretches to more ambitious 'Latin Fusion' dishes.

Posted by Inner Diablog at 4:10 pm No comments:

However genuinely miffed at the sight of Notre-Dame burning the other day, my dark subconscious alter-ego decided this morning that it was time to have another read of Stephen Clarke's 1000 Years of Annoying the French.

I've been quite surprised at the levels of schadenfreude Monday's events have generated, even amongst fellow medievalists.

I'll admit to a little sniggeur myself when I saw Macron turn up on site with his studiously sombre demeanour.

Five years he says - that's rather conveniently around one year more than it will be his problem.


Posted by Inner Diablog at 5:36 pm No comments:

'Nigel Farage livid after learning that Stonehenge was built by Turkish'

The kick off points in these DNA tests are clearly a little arbitrary.

Mine informed me that my paternal ancestors took the wetter Atlantic route up to Blighty some time before the first Latin speakers showed up - so-called Celt-Iberians from what today is northern Spain.

Yet they'd undoubtedly arrived there from somewhere else at some stage. There is not a single person in modern Britain (currently*) unable to claim African ancestry, yet this is a fact which probably pisses off both those who do this most vocally - having more to do with more recent history - and those who think Nigel is a good bloke with their best interests at heart.

How long do one's ancestors have to have hung around in one particular geography for it to count as their place of origin? (St Patrick's Day suggests not long or not at all.)

*However....It might make Nigel even more cross to learn that this week an article in the New Scientist references the hypothesis of an academic at the University of Toronto who thinks he has evidence that ALL hominids might actually have evolved in the Balkans after all!


Posted by Inner Diablog at 5:27 pm No comments:

Some destinations in this region are briefly cool. It never really lasts.

In the early noughties, Playa del Carmen was ickily cool. Back then I needed the digits of more than one hand to list the bars in that town which were hip in that familiar, incontrovertible way.

Nowadays, I can’t think of one even. And I noticed on my most recent visit that the last truly deserving of the category - the Almirante Pech is no more. 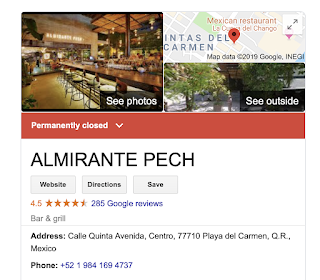 Antigua has never been especially cool. This stems from the somewhat unusual disposition of this city in that it is at once markedly cosmopolitan and shoddily unsophisticated.

There have always been places where you could bank on a banging night out such as El Afro (now known as La Sala), and then there’s La Casbah, which is never going to transcend its innate naffness.

There have been a handful of joints that deserve honourable mentions I suppose. When I first came here there was only one bar targeting a young, affluent crowd — Mio Cid — and it did have a certain grooviness to it. Chic? Not really. Anyway, in much the same way I am a bit too old for that sort of thing now, back then I was a little too young.

Then in the late 90s, there were two more bars that were almost chilled enough. Onys — at least when it first opened — the place where we partied like it’s 1999; because it was. Plus Dog and Fox, which wasn’t around for very long, but will be remembered fondly. More convivial than cool perhaps, but the clientele were the real deal.

But there was also one bar in town, actually quite hard to find, set inside a grotto which I'd have to admit was ACHINGLY cool. So cool in fact that you’d imagine that one of those hardened, professional cool hunters would cream in his pants before even making it to the counter to order a drink. Indeed, most of the people in it looked like professional cool-hunters, or cast-members out of high budget advertisement for premium booze. I’d never seen a crowd like it in Antigua, then, or indeed since. Where did they all come from? Where did they go?

It hasn’t existed for nearly twenty years yet it somehow feels wrong to say out loud what it was called or where it was located. It was such a small, exclusive little space. We found it almost by accident and sometimes I wonder whether I simply dreamt it. But here goes...Mojitos. It was a Cuban bar serving actual Cuban beers, which was a bit of a big deal back then as everywhere served Gallo and pretty much nothing else.

Being grotto-located, it was a sort of smaller cousin of Disco Ayala in Trinidad on that Caribbean island, which is set in a much larger and deeper cave system and is a fabulous place to spend an evening, though perhaps not cool, because I suspect capitalism might well be an inescapable ingredient of coolness.

The grotto is still out there, but is now a high end space for romantic dinners, which is a little bit of a shame.

The city with the highest density of cool I've come across in the last year or so is Medellín. There's really nothing to compare with it in Central America, except possibly Panamá City.

In Mexico both Mérida and rapidly-inflating Querétaro with its tech industry are moving in that direction.

And in spite of what I just said a couple of paragraphs earlier, Havana is irrefutably cool. But it's an effect of the sum of the delights of that great city, rather than particular venues.

Meanwhile, there appears to be a new contender in La Antigua: Mystic Bar, which used to be called Ocelot. Readers of this blog from almost a decade ago will recall that said establishment was a highlight in the portfolio of crooked, right-wing investor Jeff Cassman, alias Mark Francis, who left these shores to spend some time in a federal lock-up on an embezzlement rap. Later on it became rather more mundane and Welsh.

Mystic Bar may or may not become cool. But it will need to overcome a slightly inauspicious start. First the decor, which seems to be the work of the same folk that did this weekend's velación at San Bartolo.

And then there's the fact that it has only just opened its doors and already has 1000+ followers on Instagram, most of whom appear to reside in India and Pakistan. Now, while it's possible that all these people are guilty of the same innocent mistake, there's a chance that these are paid-up followers — and buying your mates is the very definition of un-cool.

Posted by Inner Diablog at 2:27 am No comments: