This being one of those 'international break' sort of gaps in the packed footballing schedule, there was a rare opportunity to catch some other sort of competitive activity on telly this morning. (Unless Armenia vs Estonia is one's thing.)

Such as the Varsity Boat Race (or University Boat Race-s as the BBC are determined to point out), coverage of which was almost as horrendous as Aunty's Winter Olympics broadcasts, with the ever-present Clare Balding.

In the meantime Glyndebourne have come up with the new-fangled Opera Cup (a sort of Confederations Cup of Bel Canto) which has been on Sky Arts all day today.

Amongst the 10 finalists is Guatemalan soprano Adriana González...

Troy, Fall of a City 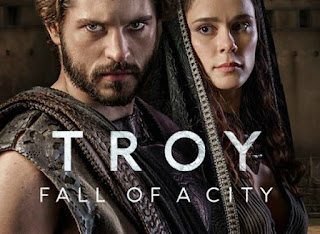 One of the fundamental assumptions of my education was that the Greeks were always the good guys - that anyone who stood up to Hellenic civilisation was, to use the modern parlance, some sort of 'dune coon' or terrorist. (If who didn't have this sort of education, well then, spoiler alerts!)
Long before I read The Iliad these stories were presented to me piecemeal, largely by one particularly inspirational Latin teacher, and then performed collectively at Prep school as a sort of dramatic adaptation.
I’d even read Julian Jaynes’s mind-bending The Origin of Consciousness in the Breakdown of the Bicameral Mind before tackling the original Homeric text in translation..only to then find myself scratching my head at the absence of a wooden horse in the third act.
The BBC’s new GOT-esque epic Troy, Fall of a City is a recognisable composite of mini-myths lifted from Homer, Virgil and other sources. The underlying premise however appears to be that the (albeit ill-fated) Trojans are the goodies after all, not the thuggish invasion force encamped outside their gates.
Putting a love story with more than a hint of girl power at the centre of this narrative makes sense from a modern perspective, but the writers have left themselves a bit of hurdle to overcome in the denouement phase.
Whilst the likes of Agamemnon, Achilles, Hector and even Odysseus (in prequel mode here) all possess character ‘arcs’ in the contemporary sense in the original story, Paris and Helen kind of don’t. (Homer had her married off to someone else before the city falls.)
Rather like Malory’s Le Morte D’Arthur, this is an amalgamation of individual, character-driven plots that taken together don’t quite add up to our familiar stand-alone story structure.
I have two episodes left to consume and look forward to seeing how the annihilation promised in the series’s title can be made dramatically satisfying.

Posted by Inner Diablog at 11:19 pm No comments:

A better class of wellies 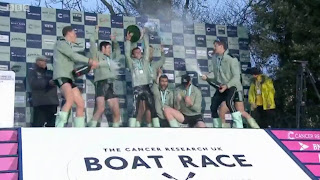 Slightly less restrained than the F1 podium at Bahrain.


Posted by Inner Diablog at 8:40 pm No comments:

The University Boat Race marks the commencement of the traditional English summer season. 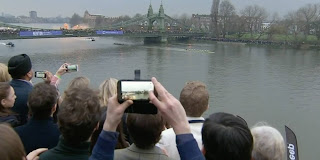 Posted by Inner Diablog at 8:32 pm No comments:

The other day, while checking out at the Bodegona, I had one of those (perchance) nostalgic moments when the tannoy system started playing Aventurero by Grupo Rana and I was thus transported to the evening in November 1989 when I had heard Pepe, Nacho and co perform the track live at that very spot...in its previous jataka as the MANHATTAN.

They still refer to the front part of the store that way when calling each other up on their walkie-talkies.

Meanwhile, former Rana frontman Nacho Caxaj has moved to California. His dance moves however, haven't really moved on at all...


Posted by Inner Diablog at 8:18 pm No comments: 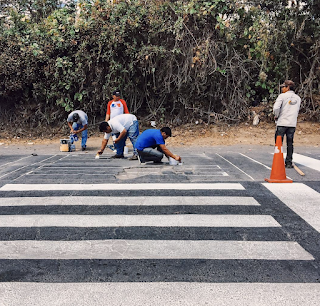 These novelty zebra crossings are part of a (visible) initiative by the Muni.

They are being painted on the roads outside schools and colleges so that students may cross, even when there might not be any particularly pressing need to do so in that location.

In this instance we see how this project takes precedence over the possibly more handy and ever-delayed ‘Fix The Potholes’ programme.

The interior surfaces of these shallow craters in the carretera are carefully included in the paint-job.


Posted by Inner Diablog at 8:13 pm No comments: 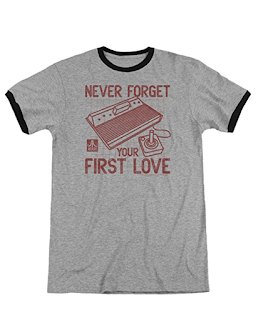 Posted by Inner Diablog at 11:01 pm No comments:

A pair of halfwits keeping us under close surveillance last weekend.

They were sitting on the grass in front of our house sipping their drinks without actually drinking, rather like actors in a US sitcom. Amateursville. 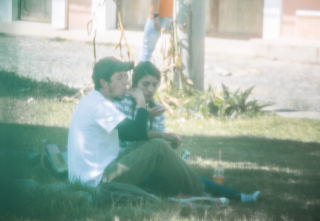 I used to shoot automatic pistols for Cambridge University, Before the Dunblane massacre you could actually get a Half-Blue for that sort of thing - and you didn’t even have to take aim AT those losers from Oxford.
I was trained by the British Army’s leading marksman, a colonel in the Military Police who was the father of my best mate at Girton.
I hate guns. I see no need for them whatsoever. I don’t own a gun for the same reason that I don’t own a Ferrari. I am completely comfortable with the size of my phallus. And I am never afraid of the other.

Leaning against the jamb of the doorway to the offices of Cargo Express this morning, I felt a slight and somehow satisfying shift in the structure.

Small tremors are so regular here and I have come to welcome them, as might an inveterate sceptic longing for the briefest metaphysical wobble...a barely-perceptible sway in the foundations of reality.

Major quakes are another thing entirely of course. Last year’s 8.2 was undoubtedly fearsome. But my worst experience of seismic displacement occurred more at the mid-level in 2015 when I found myself halfway up a high-rise tower in Tokyo dozing in my capsule hotel.

Not an experience I’d wish on my worst enemy. Actually, just now, maybe I would.

Posted by Inner Diablog at 8:05 pm No comments: 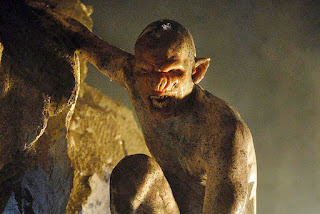 It has been our unfortunate fate to live next door to this cave-crawling individual. On Monday night, having apparently acquired some Dutch courage in town, he rode up to up to us on his motita bearing exactly this sort of sinister demeanor.

He had only lately been outed as a shameless freeloader and the context might be said to have favoured some sort of personal apology, but instead he delivered a nasty and pointedly cretinous insult to my wife and then called me a 'pussy'.

Perfectly charming. Of course only a pathetic loser would conceive of this sort of repulsive public insolence as 'winning', vulgarly demeaning a woman in the street in front of several of her relatives and then fleeing as fast as he could on his wussy little scooter.

In much the same way that only an abject specimen would set himself up to live in a comparatively poor nation viviendo de gorra off his neighbours and the local municipality.

This was this gribbly's fourth attempt that day to intimidate us. Having kerb-crawled us separately on two occasions, he passed our home around 8pm singing and cackling like a maniacal fool.

We suspected he'd be back to have another go and only had to hold our position with a small family group. It felt like a long wait, but he didn't disappoint, and now the whacko boorishness of this patán has been recorded for posterity.

All I ever wanted was for this ex-pat troglodyte to face up to paying 30 quetzales a month (just over $4) for his water, build the wall the law in this land obliges him to, and sort out his drains. And I gave him a grace period of roughly five years.

He appears to blame my wife for his current predicament, because he comes across as the sort that will always look to pick on a woman in the first instance, but she actually told me to cut him some slack. Yet surely there are limits?


Posted by Inner Diablog at 5:01 pm No comments: