The free market economy is the only economic system that has ever delivered prosperity to the masses. This is simply historical fact. To deny it is like denying evolution or the holocaust.

In much the same way I would tend to avoid holding a philosophical discussion with committed creationists, it is also pretty tiresome to debate politics or economics with people who won't start by acknowledging the implications of this basic premise.

Just take at GDP per capita in Western Europe in the 1000 years before 1700 and then in the roughly 300 years since. Prior to the industrial revolution the majority were living on the equivalent of $2 a day or less i.e. in extreme poverty. And there was no aid coming in from abroad.

I suppose we can tussle over the present day case of China, but the fact is that within the context of a single party state and the deeper culture, the Chinese Communist Party has liberalised its economy just enough to drag millions out of long-term poverty in a comparatively short space of time.

Nevertheless, there are people out there — be they at the summit of the Catholic church or the UK Labour party — who more than occasionally use the term Capitalism as if it were wholly synonymous with the system of divided labour and free market exchange as described by Adam Smith.

And as the C word has obviously negative connotations in many quarters, this subterfuge of political vocabulary has enabled countless ideologues to unleash the inverse proposition that free market economics inherently create poverty, and not just sometimes, but always.

This is nothing less than a modern dressing up of the old Marxist fallacy that wealth creation is essentially a euphemism for poverty creation.

Many still show a degree of intellectual caution by prefixing capitalism with 'unfettered', but post-2008 others have become more emboldened. (And when they plead that it's not all of capitalism, just the bad bits, it's a bit like listening to Trump attest that he didn't mean ALL Mexicans, when you sort of have to know that he did.)

Of course there are many aspects of modern capitalism that appear to reverse the historical thrust towards more equitable prosperity. Some of these may be under political control, others might not be. A good few may be more cultural or even geographical.

These structural problems within the unevenly globalised system present some of the most serious challenges we face in this century, but they do not represent any sort of justification for a full system reboot based on illiberal economic principles which have time and again been shown to fail, and yes, create poverty.

In other words, if the game is rigged, it is our collective duty to attempt to un-rig it, not dig an old abandoned game out of the cupboard and brush the dust off it.

But the notion that it is liberal economic systems that create poverty per se persists, along with the parallel absurdity that free market is inherently a zero sum game.

Many of those who espouse it have benefitted their entire lives from the material conditions and education that liberal systems provide, and yet still appear to peddle a discourse that appears to favour North Korea lite over any version of South Korea.

Here in Latin America generations of unscrupulous politicians and intellectuals have almost certainly denied the masses the prospect of real prosperity by turning them against the free market with the old chestnut about how they would be fabulously rich if they hadn't been robbed, first by the Portuguese and Spanish and then by the Gringos.

Hogwash of course — and it would be almost impossible to build a credible academic case for such a position using a balanced selection of historical sources.

Yet it is by transcending this rather callow sense of historical grievance that many other nations in the developing world, particularly in Asia, have adapted liberal economic principles to their own requirements and duly prospered. 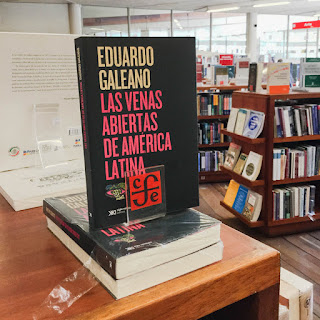 I think that China falls into the Fascist system of government, the capitalist form of commerce. The China system is very similar to what Germany had in the late 30s. The state and business are wrapped around each other in an embrace to the death of any who would have it different.

The west is a Socialist Representative Democracy, where business is heavily regulated but for the most part privately owned, more now than when I was a kid.

I think old Warren Buffett said it best, " When my secretary pays a higher marginal tax rate than I do, something is very wrong". The same can surely be said in Latin America. The marginal tax gap is what drives the outrage, the wealthy write the tax code, the mob has 90% more votes. A recipe for a real conflict. Until we look at all tax paid as its percentage of income and make that marginal rate more equal, we are going to have some really ticked off workers. When I was working and paying into the payroll Tax, with it and every other tax I paid, it always worked out to a bit over 50% of my income. A far cry from the 15%, the long term capital gain folks pay when they sell their stock. But think of the risk they take, one asks? Spend a day making steel and we'll talk risk. To keep the communists at bay, the wealthy need to just pay back a more equitable part of their income. The cops who protect them, the firemen who put out their fires, the roadmen who build the roads commerce runs down are all at the core of our socialist system. we all use the system but those who gain the most need to keep the rest of us happy enough not to run the 10% up a flag pole.

Agreed. Here the working classes and a good deal of the middle classes pay almost no income tax, but the current president is seeking to raise revenues by hiking up VAT, and in a society not used to taxes of any kind, (and seeing those that are paid, used badly) his non-progressive move is going down badly.