Rather like a Roland Emmerich blockbuster catastrophe movie with the volume turned down to slightly more bearable levels. 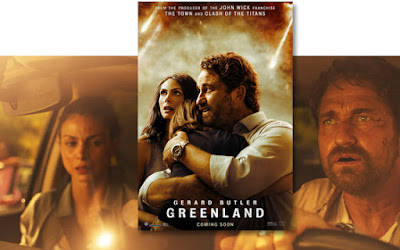 It’s fundamentally silly — a comet breaks up above the Earth taking out first Tampa and Bogotá before settling on an ‘extinction level event’ — yet grounded in a likeable family trio, and in Butler and Baccherin, one would have to say, lie the film’s principal strengths.

Posted by Inner Diablog at 5:50 pm