I thought that perhaps if I just kept watching this show it would become less annoying, but instead it seems to be doubling down on some of its foibles.

This week there were more damning critiques of America, again from individuals who are that much bigger a-holes than the fugitive Foxes. (That Frenchman...)

Generally this was not a very rounded portrait of one of the hemisphere's great cities. Though around seven years ago I stayed at the Hotel Isabel for one night on my way back from Buenos Aires and I can confirm that it is fairly dickhead friendly. 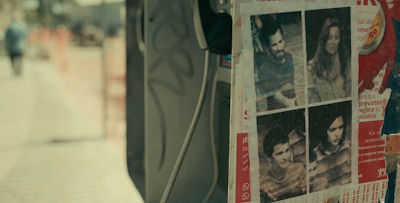 The whole evil street urchin information superhighway sub-plot was beyond absurd. And then it turned out that the hitman from the eighties ska revival band could have just used the local cops anyway.

As far as I can recall the highest value moneda in Mexico is the ten peso coin, which has always reminded me of the old ten franc coin in France. It is worth around 50 US cents these days. Yet in the CDMX we witness here, a single coin will apparently suffice to cover a tip at a coffee shop or indeed call up the feds back home via from a phone booth. Yes, a phone booth.

Margot has just learned with obvious elation where the quartet are headed to next, though they probably won't make it down here until season two... 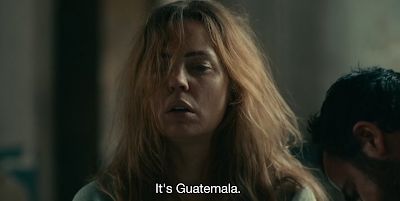 No coin-operated phone booths here however…though nor are there any more feds to call it would seem.