Fans of horror and thriller genres will be familiar with the split narrative problem: movies with two distinct parts separated by a clear reveal. "What's going on?" driving the entertainment value for the first period, followed by an all-too-frequent "Oh, so that was it" in the run up to the end credits.

Here instead, we get "what's going on?" followed — after the blowing of some seeds — by "what the actual fuck is going on?" 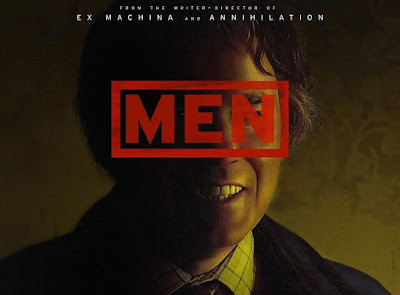 In fairness, this trumps disappointment, yet one still feels vaguely let down, as if the two halves of the process are both somehow incomplete.

Why is every bloke in the village being played by the same actor (Rory Kinnear) — a sort of one-man patriarchy — other than as a result of this appearing like a very practical format during covid lockdown?

It's like when we ask why Catholic priests are supposed to be celibate. Is it because the medieval church made a lasting move to protect itself from secular inheritance law, or because of all the other bells and smells stuff?

Your guess is as good as mine, suggests Alex Garland, and that seems to be the underlying ruse — or creative conceit — here. 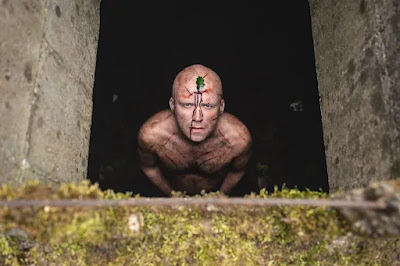 Provided one doesn't have too many issues with icky body horror this is a very enjoyable visual experience. In Buckley and Kinnear, two fine actors, a gorgeous Gloucestershire gaff and plentiful reminders why there are few more beautiful and mysterious places in the world than the English countryside in spring.

There's an allegory at work somewhere. Garland's determination not to be explicit will surely appeal to fans of Lynch and Cronenberg, yet his strikingly unusual film can also be enjoyed as an exercise in dark, very British cinematic mythicism, with echoes of Hammer. 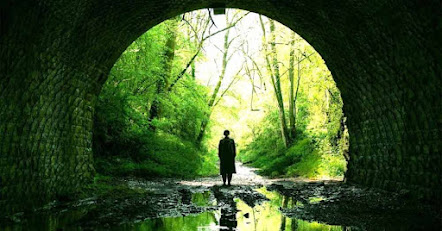 Posted by Inner Diablog at 4:55 pm