The Memory Police by Yoko Ogawa

During his retirement years, which would amass to 24, my father embarked on a process of subtraction of stuff, activities, people etc. This was initially unsettling for me, but later on, as I moved deeper into middle age, I began to appreciate how our interactions with depletion tend to become ever more mindful, as the promise of progress that we moderns all tend to grow up with is debased by those progressively gusty draughts of decay.

And then there have been these past few years when, even without the deep personal losses — I have been prompted to contemplate just how much of the world it is possible to live without. I offer these reflections as an introduction to Yoko Ogawa's extraordinary early fable, about an island where things — along with their emotional associations — are steadily vanishing, and the subsequent requirement to fully delete them from memory is being ruthlessly enforced by the authoritarian body of the title.

There is a disconcerting ambiguity to the phenomenon. Nature is at least partially complicit (birds just fly away), yet so too are the population when they burn all their own novels. Early in the story there are some stunning set piece open air vanishings, but later on the author shifts the perspective to circumstances that are more cramped and personal, with an emphasis on the withering of whatever it is that each of us possesses as an essence.

Disappearances are at first sudden, then start arriving in the wake of disquieting premonitions. 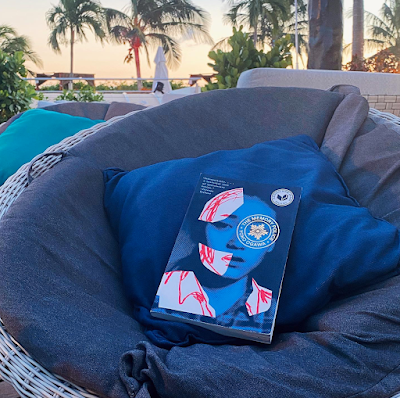 Magical Realism — rather like Woke — is a term that can be deployed in both a complimentary and a derogatory fashion, and for broadly the same reasons: its practitioners can go about their business in an authentic manner with both flair and intellectual rigour or the espousal of the position can in itself signal a descent into phoniness and flummery.

Japanese literature generally takes the right path at this intersection, and I suspect that this is because the Japanese themselves have certain fairly stringent notions about the ways in which the everyday and the fantastical must interact.

Ogawa's speculative island regime with its conspiracy of both conscious and semi-conscious deletion of concrete things and their meanings served up a significant memory of my own — of a standout example of the cinematic expression of Magical Realism from Argentina: Eliseo Subiela's Últimas Imágenes del Naufragio (1989), in which we encounter a reclusive character named Claudio, dedicated to removing a single word from his personal lexicon with each dawning day.

Claudio was played by the late Hugo Soto who had previously been paired up with the more recently late Lorenzo Quinteros in the same director's Hombre Mirando Al Sudeste, a concept which was shamelessly ripped off by Hollywood without the merest credit as K-Pax, surely now even more forgettable, as Soto's role was re-enacted by Kevin Spacey.

Former resident of La Antigua Gore Vidal suggested that Magical Realism is something we have 'done', like a place one turns up once and gets the t-shirt, while Vikas Swarup has made it known how he has no time for an unrealistic realism where birds talk.

In this novel the birds talk with their feet, and depart, no small problem for the narrator's father, an ornithologist.

I suppose writing fantastical literature is a bit like preparing a soufflé — do it well, or not at all, and back in '94 Ogawa did it rather well. I can also recommend her dark, interlinked story collection, Revenge.