Of all the things Mel Gibson has done to trash his reputation over the past decade or so, this performance might just be the one that does the trick.

In a movie in which almost all the leads are acting in an accent that is not their own, Mel's British luvvie is the stand-out. It's as if he prepared by watching a show-reel of our finest mid-twentieth century thesps (Olivier, Richardson, Burton, Guinness, Gielgud et al.) and still ended up in the Don Cheadle zone.

Other than that, this is a likeable bit of noirish fluff set in Hollywood and a place a short bus ride away where one can live comfortably with 100 possessions.

If not a career reboot for Gibson, it could well be for Hunnan. 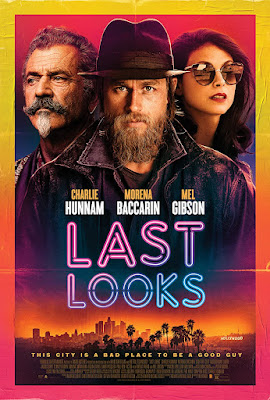