A Plague On Both Your Houses 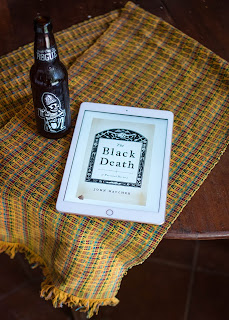 The hard right and the hard left both have an aversion to plagues.

In the case of the former it’s largely down to the collective consciousness (and response) they tend to elicit. Meanwhile, the ideological left is anchored by Marxist doctrine which offers only two possible pathways to social progress: class struggle is the standard shortcut, but over the longer term inevitable, in-built tendencies in the economic and political ‘superstructure’ will tend to do the job.

John Hatcher didn't teach me on a one-on-one basis at Cambridge, though I attended his lectures and was supervised out of Caius for my first Lent term by his key protegé Dr Mark Bailey, who was then playing on the wing for England (Rugby Union), and coincidentally went on to become High Master at SPS.

Along with Hatcher, he was pursuing a self-consciously non-ideological, data-driven approach to medieval society and politics.

Hatcher in particular took on the (mostly French) Marxist historians by insisting that the massive adjustments to the social order after the Black Death were a direct consequence of it: e.g. a shortage of labour significantly changed the balance of power as far as the rural poor were concerned, with lasting consequences for most western European societies.

As a result, the rump of Marxist scholars have been reduced to trying to prove that the Black Death didn't really kill all that many people. Yet the data says otherwise. Mortality was almost uniformly around 50% across the old world, across the board.

Yet this presents another problem for historians. Bubonic Plague is spread by the fleas of rodents in which infection is endemic. Yet rats were not so evenly spread around medieval Europe as the effects of the plague rather clearly were. Something else was going on - pneumonic plague perhaps - but the truth is we just don’t know and possibly never will.

In this fascinating book Hatcher dips below the data to semi-fictionalise the personal experiences of English villagers in 1348.

Yet this presents another problem for historians. Bubonic Plague is spread by the fleas of rodents in which infection is endemic. Yet rats were not so evenly spread around medieval Europe as the effects of the plague rather clearly were. Something else was going on - pneumonic plague perhaps - but the truth is we just don’t know and possibly never will.


It is my understanding that the flea driven plague had the ability to infect people viva personal contact and arasol. A person could be in quarantine and be killed by the rat and its fleas that lives out and about. One need never go near an infected person. I've read articles that most of the infection was carried by personal contact, like 90% and that the rats get a bad rap.

50% is a scary number Guy. A tenth of that would be a game changer in how our society operates.

There’s certainly a longevity in fleas. They might not need to be so close to their hosts in either time or space.

“For well over a century, it has been considered settled fact that the pestilence was a catastrophic outbreak of bubonic plague and a variant called pneumonic plague, which attacks the lungs. However, since in modern settings neither form of plague looks or acts much like the illness described in the Black Death literature, a number of historians and scientists have recently begun to argue that the mortality was caused by a different infectious illness, perhaps anthrax, perhaps an Ebola-like ailment.”