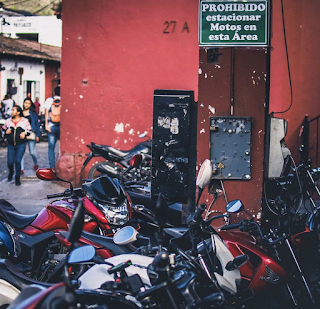 Whilst Guatemalans often appear incapable of complying with even the most simple instructions, and anyone who thinks that 'solidarity' is somehow innate here has never seen how people sweep up the dust and rubbish outside their homes, they do — somewhat fortuitously — appear to have elected just the President they needed for this dire situation.

Can anyone imagine what would have happened if Jimmy was still in charge?

On the other hand here, as almost everywhere else, we face the trouble that one-size-fits-all approaches are bound to cause, compounded by both populist policy-makers and disjointed application.

Both the UK and California think the virtual imprisonment of the over-70s is a workable plan. (And El Salvador has shaved an additional ten years off the measure.)

In California they are planning to close all the restaurants. A friend in Ohio says this policy is already being enforced in his hometown, yet he and others have older relatives who'd set fire to their homes if they tried to cook.

I live in a triangular space in our village lined by a cluster of large properties owned by the proprietors of restaurants (two of which at least are well known and highly regarded) who all — bizarrely — appear to order fast food pretty much the whole time. 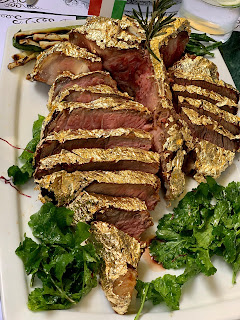 Indeed, directly opposite, there's a Chapin chef of some repute who proudly promotes this ever-so-slightly obscene dish (beef wrapped in gold leaf) on social media and yet, even before the pandemic, did not appear at all averse to a sad bastard Saturday night take-away.

I just watched a Campero bike driving around in circles (actually triangles) before locating its target and already both the driver and the packaging appeared to be covered in extra protective layers.

How long will this last? They already seem to sense their status as vectors.

Lebanese statistician Nassim Nicholas Taleb famously cautioned that one should 'never cross a river that is on average four feet deep'.

There are perhaps some related pieces of advice. Never trust a government that only knows how to cross the shallow parts, but also one that tries to tell you the entire river is frighteningly deep.

Populists look at large groups and see only outliers (Mexicans are all murderers and rapists...) or averages.

The current situation requires political action that encompasses both the big picture and the detail.

Posted by Inner Diablog at 5:18 am

The restaurants here in Ohio can sell food but you can't eat it in the restaurant, even the food courts at the highway rest stops are not letting you sit down to eat. I shopped for an elderly uncle today, there was little to buy in the store. I took him to a doctor's appointment today, the staff was in the process of going full out, work from home. That should be interesting.