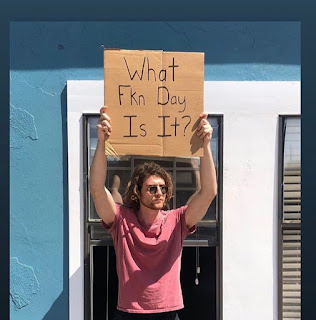 Starting to feel like an astronaut out in deep space fondly remembering life back on Earth...

Heading in the wrong direction.

Curfew to continue in Guatemala until April 12.

Baby steps still from Giammattei, but with neighbours to the north and south both now in a 30 day lockdown we will be compelled to synchronise even though our own medidas masivas kicked off a little earlier in the process.

The President probably needed to erect a bit of a concrete dome on top of Semana Santa, which was already threatening to leak out into the atmosphere.

The UK announced today that it’s own measures will be extended ‘for a significant period’, while yesterday the Governor of California suggested a time frame of 3 months is now most likely.