This looks like the Ladybird Book version of Aurora.

Yet I do remember this layout. Final, rather offhand, checks occurred roughly 5m beyond where they do now and non-passengers were able to congregate in the anterior space...which they did, in numbers.

Nowadays one turns either right (or more likely) left after security and immigration.

Back then, the only way was forward. 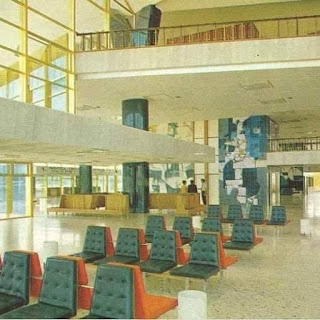 In September '89 I remember sitting in this very space and fantasising about disappearing for good. There was far less of a grid to fall off at that time.