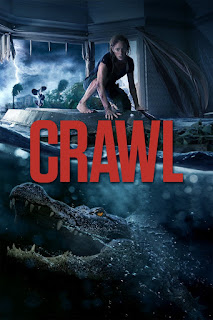 This film could easily have been the trigger that prompted Donald Trump to moot the idea of establishing a 'moot' (sic) packed with ravenous reptiles along the southern border of the USA.

Crawl might not deter would-be migrants, but one suspects it could make a few people put their Florida retirement plans on hold.

I've spent a fair bit of time in the sunshine state, indeed I've taken the road trip across its midriff on I-75 from Palm Beach to Naples, across what is known to locals as Alligator Alley. Until now I didn't have the impression that these creatures were quite the head-chomping megafauna presented here by director Alexandre Aja (he of Piranha 3D.) 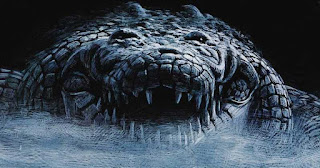 We went in at least semi-blind, both thinking this was a film where the primary source of hazard would be a Category 5 hurricane, so when the first giant gator makes its precipitous entrance, we were suitably aghast, though the best jump scare is actually delivered just prior to that by a falling tree.