It seems almost a bit far out to recall this now, but as I was growing up my home was shaken, as if by an earthquake accompanied by an ultra-resonant, overhead lightning strike, by SIX terrorist bombs, five times thanks to Irish twats, one Italian. 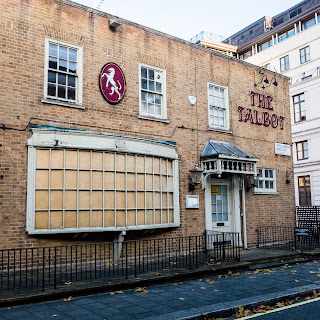 The second closest of this unfortunate sextet, at a distance of no more than 200m, were the devices hurled through the windows of this now defunct Belgravia pub by the so-called Balcombe Street Gang on November 30, 1974. 8 people were injured.

I’d been watching some movie I really shouldn’t have about American colonists resisting pissed-off indigenous people and had seen some rather graphic representations of amputation just minutes before my bed was shunted across the floor by the blast. I was seven and the trauma was lasting. Especially after the September 5, 1975 bombing in the the lobby of the London Hilton, which reinforced the association with detached limbs. (The Moorgate tube crash earlier that year did not help either.)

The first of the bombs, hurled by an Irish twat called Eddie Butler, consisted of nuts and bolts wrapped around gelignite with tape. Had it penetrated, the results would have been mass casualties - ‘carnage’ - but it bounced back off the windows. This was the BOOOM! that wobbled our house around 10pm. The second bomb, chucked by an another Irish twat named O’Connell, failed to explode.

The Italian twat’s bomb in 1980 was an incendiary device which did for his nation’s consulate at #38 Eaton Place, located some 50m from my bedroom. Nobody was hurt, but the resulting fire is said to have destroyed documents on 140,00 Italians living in Britain at the time, and later ‘inspired’ architect Zaha Hadid. Overall, less of a kaboom than a spectacular, if disturbing light-show.

In terms of media reportage gruesomeness, the outlier was the bomb that took out a passing squadron of the Household cavalry on July 20, 1982. Our sitting room sash windows were severely rattled, and I can clearly recall the expression of the window cleaner suspended behind them at the time.

Yet, of all these terrorist outrages, the one that instilled the greatest sense of immediate panic was the Harrods car bombing of November 17, 1983. The instant of combustion coincided with my shutting a kitchen cabinet but, as I turned and watched the black smoke rising out of the window, I was acutely aware that my mother was at that moment very close to the explosion, at a location in West Halkin Street. I also later learned that my girlfriend at the time had been emerging from the exit of nearby Knightsbridge tube station, only yards away from the vehicle.

The bombing of The Walton's restaurant on November 18, 1975 was also ’close to home’ as the device, again thrown through a window, landed underneath the table where some friends of my parents were dining, killing two of them. Another, luckier, woman who been with the same group was left with shrapnel all over her lower body and I later remember watching her in a swimming pool in Spain doing what seemed to me at the time to be strange underwater exercises in order to restore movement in her legs.

On February 9, 1996 another Irish twat device was detonated in the Docklands, a few hundred metres from our flat there, but fortunately we weren’t in it at the time, and then on 7/7, 2005 I was 1.5 stops away from the suicide bomber at Aldgate East. I do however think that people tend to get a bit over-heated these days about the relative danger posed by Islamotwats.

Posted by Inner Diablog at 7:12 pm