President Piñera’s wife, Cecilia Morel, recently described the unrest in the streets of Chile as being rather like an alien invasion. 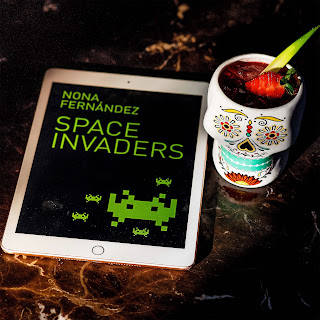 In Chilean actor, dramatist and screenwriter Nona Fernández’s fictional debut from 2015, the extraterrestrial intruders are being put to a variety symbolic uses. They represent both the sacrifice and the relentlessness of resistance to Pinochet in the 80s, plus the regimentation of primary school life in a Santiago suburb.

The novella itself is structured as a series of advancing, yet shifting temporal fragments, in sections referred to as lives, at least until the final one, 'Game Over'.

The action within these vignettes is taken from the author's own childhood recollections of a vanished classmate, whose father turned out to be one of several National Police officers charged with the brutal murder of activists: El Caso Degollados. It's a very personal story of lost innocence; lost political innocence, where the central question is how old one has to be to ‘get into’ politics.

Perhaps the overarching theme is the arbitrary exchange between private and collective memory. “The book was written out of wisps of air, constructed of snippets of dreams and memories, mine and others, like a collage, trying to account for the workings of fragmented, diffuse memory,” notes its author.

The Atari game is a cultural artifact that presents me with a collection of really quite specific, connected flashbacks to the year 1980. In March that year I remember watching in awe behind an American girl of similar age as she exterminated wave after wave of the pixelated critters on the arcade version in our Orlando hotel.

I acquired my console soon after and was quickly mastering the technique whereby skilled players might move across the bottom of the screen at just the right relative speed, so that missiles could be slid between the gaps, taking out both the higher value invaders at the top of the stack, along with the whirring saucers that occasionally passed above.

No ’vintage’ emulation of the game for PC or Mac has ever given me the same sense of potential for scoring via this rather precise little dance.

I searched high and low around the Chilean capital for a paper version of this book, but in the end had to settle for an electronic one. 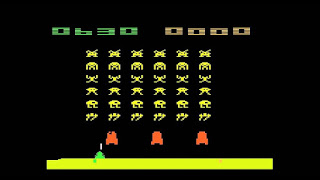