A dark apocalyptic comedy, that is never quite as dark, apocalyptic or bitingly funny as it promises to be. The overall effect could perhaps be described as gloomy.

It's packed with mega stars, but the only natural comedian among them is Jonah Hill, so the gags seem to be firing closest to optimum whenever he's in a scene.

And yet, oddly enough, beyond this one funny performance and several others where there was some obvious straining to be funny going on (Meryl Streep, Mark Rylance), I derived greatest pleasure from the more deadpan turns from the likes of Jennifer Lawrence, Timothée Chalamet and, to a lesser extent, Leonardo DiCaprio.

In essence each of these A-listers brings something to the movie which must have been almost entirely absent in the 'naked' screenplay, and they are not improvising — verbally at least — in the way that Jonah Hill is. 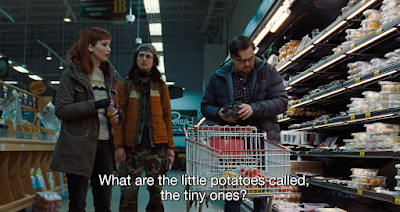 Perhaps the problem here is that Hollywood has largely forgotten how to do satire. The country is so divided that producers feel obliged to pull their punches artificially in order not to alienate half their market, or at least attempt to disguise the downwardly-directed punches as upwardly-directed ones, but the only authentic way to do this is to punch as hard as you can and in all directions. If nobody is properly offended, it's rarely very funny at all.