Martin Heidegger suggested that "making itself intelligible is suicide for philosophy" and the same might be said for the very best Argentinian cinema and the Swiss private banking system. 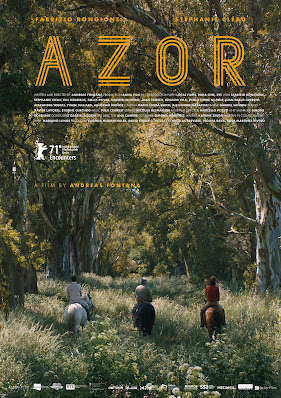 This film is about the meeting of two cabalistic worlds, that of Yvan de Wiel and his wife Inès, on business from Geneva in the Buenos Aires of 1980 and his family firm's client base from amidst the monied elite there, formerly handled by Yvan's now mysteriously absent partner René Keys.

From behind layers of symbolism and doggedly obtuse dialogue we are given a fascinating glimpse of the social and commercial underpinnings of South American dictatorship*. (And this is the end-phase, even though none of them seem to know it.)

Feature-length debutant Andreas Fontana has indirect personal experience of both milieux in this blend, drawing out the creepy adopted amorality and arcane argot of Yvan's business — `Azor' being their handy code word for keep quiet, pretend you haven't really seen or heard — and that insular, sophisticated yet unsophisticated Argentinian establishment, seen here to be consuming itself around the edges as some of its own youth have had to be sacrificed to the need to 're-educate' the nation.

Borges was alive at the time and his affection for unchanging Geneva is noted. The contention, sometimes attributed to him, that "Argentinians are Italians who speak Spanish, think in French and consider themselves English" is solidly illustrated here, along with the sense that the Swiss in particular might find themselves a bit bamboozled by this.

Not a great deal happens, but there is much menace, especially during a series of set piece interviews between Yvan and his contacts.

My favourite was an interchange with "his Holiness" Monsignor Tatoski, who speaks of a "purification phase" and "unrecoverable elements", and while noting that the missing Keys was occasionally and atypically indiscrete and Azor-less with regards to local political matters, he apparently liked the cut of his jib when it came to kamikaze forex trading tips. 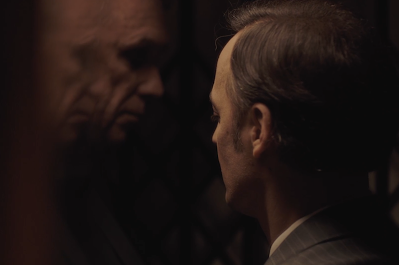 I watched that scene three times. Enjoyable too were Yvan's bar room chats with an ambassador and a lawyer called Dekerman, whose principal client is a crass former racing driver turned racehorse owner and would-be politician.

The drama lies, in a sense, between the lines. As does the black comedy. Nobody is quite saying what they would be expected to under the circumstances. 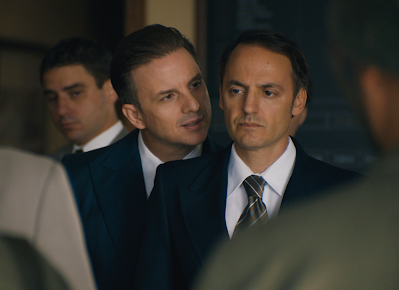 This is one of those films one could watch over and over, getting more out of it with each incremental viewing, and yet never fully crack its ciphers.

With the possible exception of the size and shape of the men's collars, this seems to be an uncannily accurate rendition of a year I have very strong memories of myself. I have lately felt a bit let down by over-stylised recreations of the fairly recent past on both big and small screen, but this is as close to note perfect as one is ever likely to see.

* It is usually that much more unnerving to be shown the inner workings — the machinations — of evil than its undoubtedly horrific end product. Which is why Javier Bustamente's take on La Llorona (2019) was so striking.

Posted by Inner Diablog at 4:06 pm