One way to regard the Deppfamation trial — not necessarily the right way — is as a conflation of two separate criminal trials for domestic abuse, one of which has metastasized into a trial for sexual abuse, rape even.

In the one where Amber is in the dock, Johnny and his lawyer's have made a case which feels more factual and thus perhaps more just, but is nevertheless still rather weak.

And flawed on paper, even before the additional shortcomings of her own all-too-easily mocked testimony and the underperformance of her lawyers can be factored in.

It seems genuinely bizarre to me that after six weeks of this ugliness, a jury may come back early next week with something akin to a binary, yes/no answer as the solution. And that so much money should ride on that decision is basically obscene.

For these are not criminal cases based on charges of abuse, but a pairing of defamation suits informed by the even more culturally complex matter of the limits we impose on free speech.

In their closing arguments Amber's team began by name-checking the first amendment, suggesting an urgent societal need for their client to be able to say whatever comes into her head.

Johnny's team countered that there can be no freedom to lie, or at least to show reckless disregard for the truth. There is an implication here that this includes saying things for which there is no shareable foundation.

This contrast is not as polar as it may at first seem. As a society we implicitly police public speech in terms of its direction, upwards or downwards.

Each of us tends to feel more empowered to speak freely of our feelings about elites, such as the uber-wealthy and politicians, than we do about minorities and disadvantaged groups. (And discourse surrounding the latter is increasingly contaminated by slippery ideologies which work to exacerbate the pressures on free expression.) 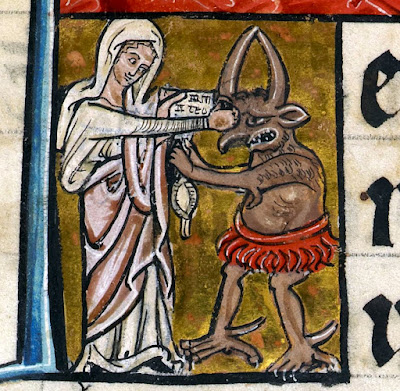 Amber Heard tried to establish herself as a figurehead of a cause that was prominent in the culture of that moment. Women are not a minority, but they are often disadvantaged. Yet there are contradictions in the #metoo discourse, for it has some markedly elitist overtones, the movement having first emerged out of a scandal in the narrow milieu of Hollywood celebrity. These contradictions help to explain the financial high stakes in Fairfax County.

Yet it remains unclear whether Heard can be a legitimate target or whether she has successfully cloaked herself within a partial taboo. And how groundbreaking in acceptable speech terms would Johnny Depp be as an abused husband set upon by a vindictive wife?

As mentioned in a recent post, during the course of 2019, I became the victim of a stream of defamatory online posts that a judge would later describe as "potentially criminal" to the perpetrator, by way of a stern warning. Some of these were overtly xenophobic and homophobic.

I've since asked myself whether it is more or less defamatory if a malicious voice refers to one's sexuality or reproductive status depending on one's gender and/or the truthfulness of the statement. (It's certainly more defamatory to be painted as a monkey when you are not.)

Such are the nuances in our free speech debate these days. The soon-to-end trial in Virginia might appear on some levels like an unpleasantly toxic celebrity spat, but should the jury reach a conclusion, it will undoubtedly be an historical one, for Americans and perhaps less dramatically, for the rest of us in the free world.

Anyway, there is one last important point to make in summary, which both sets of lawyers appeared to dodge.

Benjamin Rottenlawyer told the jurors that they only need believe that Depp pushed Heard once for them to find for her.

Camille Vásquez then corrected him, informing them that they could not pick and choose; it had to be all or nothing.

And she was (almost) right. But what she might have said is that in the end it is down to one of Amber's stories only — either you believe the worst tale of abuse — the broken bottle — or you have to find for Depp, because we cannot as a society tolerate perjury in a court of law.

Rottenlawyer was undoubtedly playing the jury for fools, for if Amber lied under oath about the rape, then not only should she lose the defamation case, she would deserve to be jailed for one of the most heinous examples of perjury ever televised.

Posted by Inner Diablog at 5:47 pm