Like, Drive My Car,  the movie that pipped it to the Best International Feature at this year's Academy Awards, Joachim Trier's painfully mis-categorised "Romantic Comedy" is a flawed, yet somewhat wonderful oddity.

These days it would seem that subtitles are a prerequisite for anything approximating original, thought-provoking drama on the big screen. 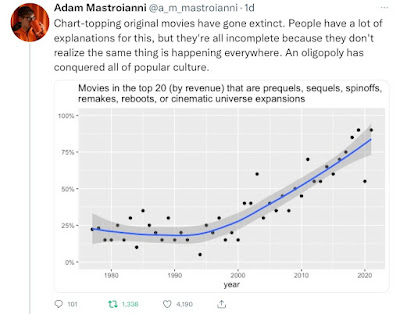 That said, two of my closest friends are Norwegian, one from Bergen and the other from a part of Oslo where postcodes and accents definitively matter, or so I am told, and not being a Norwegian speaker myself, I had a sense here that I was perhaps losing some of the key nuances of this story simply by not being able to deconstruct the diction of the protagonists. If this film had been set in London, the performers' intonations would have been markedly important. (Just think of Four Weddings And A Funeral).

In simple terms this is the story of a young woman who fudges the irreversible choices we are all faced with in our twenties. The central performance by Renate Reinsve as Julie is extraordinary. Yet I quickly found myself asking whether my growing fascination was with the actress or the character, the latter being fairly shallow on paper, a woman scripted by two men.

Reinsve reminds me simultaneously of three women of my own personal acquaintance, two of them here in Guatemala. There are scenes here that she inhabits as a charming, magnetic presence and there are others where she appears to have pulled back the lever to reverse thrust and duly manifests as a drained and draining personage in dialogue with the other leading characters, almost exclusively male.

It's as if she has a natural ability to appear a decade older or a decade younger — full of promise or full of regret —  entirely on cue.

If Reinsve is fluent in English star status is almost guaranteed after this.

There is some ambiguity as to whom the title refers. In the screenplay it appears only once, in reference to a barista called Elvind. Yet it could also be applied to Julie's other bloke, cartoon-provocateur Aksel, seemingly the best combination of dialogue and performance on show, from Trier's established collaborator Anders Danielsen Lie.

In the film's latter stages he makes a speech that I shall remember more than any other aspect of the story. He observes how he grew up in a world where young people used to hang out in shops because that was the place where culture was to be encountered, as objects.

He also notes that one reaches a stage where one realises that the bad things one had been endeavouring to avoid were not the ones that actually happened, and that one finds oneself passing a point from which life is inevitably led in retrospect, no matter what might have previously occurred.

This scene is the most disarmingly powerful thing this otherwise slightly patchy drama has to offer.

But perhaps patchy is unfair. Maybe there is no attempt being made to provide us with what generally goes by the name of a character arc. 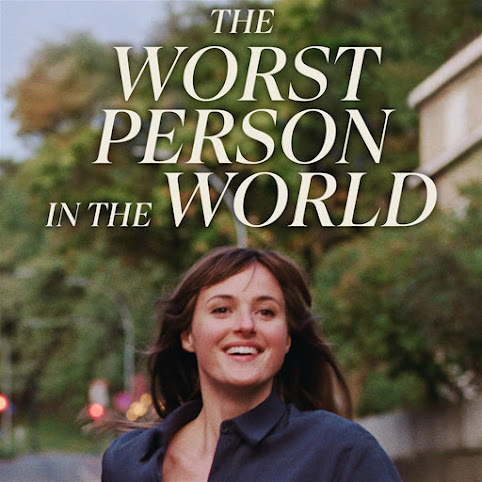 During one of her media interviews (Observer) Reinsve noted that: “We asked questions when we made this movie and I feel we didn’t give any answers”, suggesting that Trier's aim was something more like “a big conversation” than a fixed statement.

For me it was a conversation that at certain points I really tuned into, at others, a bit less so.

Posted by Inner Diablog at 9:44 pm