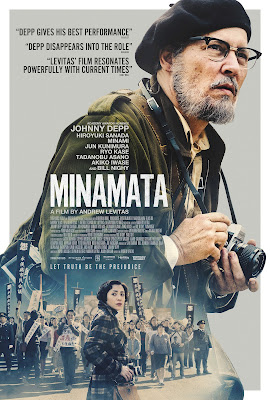 I can think of a bunch of possibly subjective reasons for liking this movie, which might not apply to everyone.

— It features two of my favourite Japanese stars: Tadanobu Asano and Hiroyuki Yamazaki

— It has a poignant piano score by Ryuchi Sakamoto

— Johnny Depp plays a washed up creative type in his 50s given one last shot at redemption. It's a fine performance.

— And it tackles what used to be the No1 environmental issue, industrial pollution, still very much a live concern in Guatemala where communities around Lake Izabal have doggedly campaigned in the face of intimidation and sporadic violence against the alleged contaminations of the Fénix nickel mine.

There are some problems too.

There is more than a whiff of white saviourishness about the premise. The precise role of international photojournalism in securing compensation for the victims of mercury poisoning in provincial Japan is not properly fleshed out.

The film is not quite secure until the final third whether it cares most about the plight of the inhabitants of Minamata or that of Life magazine (which effectively perished as a weekly in 1972, a year after the events depicted here). Depp's character, esteemed war photographer W. Eugene Smith, is given one or two interesting set-piece lines about the nature and pitfalls of his increasingly precarious profession, which contain dramatic potential which I felt was never quite realised. 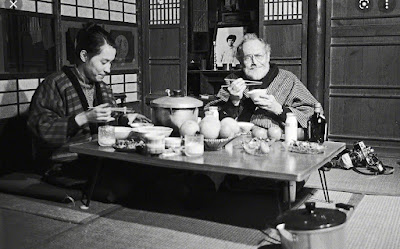 Smith teamed up with the eurasian translator Aileen when she was still a college student, an age gap that might not have looked good for Depp under present circumstances. She is played here by as a soulful, near platonic presence by the Minami, an actress of real substance in her mid-thirties.

At the end we are informed of their marriage, but not how Smith left Minamata in '74 and headed for Arizona with another young partner.

All said, a movie that deserves to be seen, not least because, in a rather startling analogue of the behaviour of the Chisso corporation in the last century, MGM attempted to 'bury' this tale of negligence and the dragging pain of its victims.

The studio had acquired the rights just as Depp was engaged in the tactical miscalculation of indirectly taking on his ex-wife's allegations via a libel suit in the UK, and decided that the baggage he was thus acquiring obliged them to deny Andrew Levitas's film any promotion stateside. The director sent a letter of complaint to MGM encouraging them to "land on the right side of the issues" — at least those actually showcased in this story.