On this St George's Day, some thoughts on my own particular brand of Englishness.

I'm English, proudly so, but not biologically Anglo-Saxon, at least not to a significant, dominant extent.

My own deep ancestry is split between a Central European and a paternal line tying me to adventurous Celt-Iberians from the rugged northern coast of what is now Spain, whose presence in England long predated the Angles, Saxons and Jutes. Julius Caesar too... 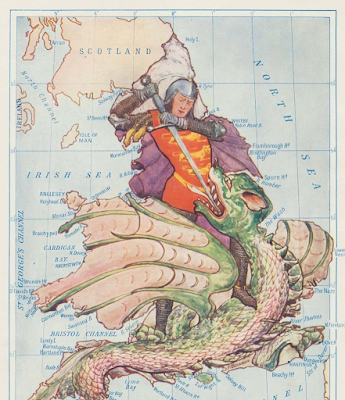 Off the field of soccering endeavour I take care to categorise myself as a 'Briton' — this is the identity I would most likely stand and fight for — and am occasionally irked by the tendency in these parts to identify all of my compatriots as ingleses.

I was, for a large part of my life also a citizen of the EU, again very proudly so.

Nevertheless, all of us Británicos of every flavour are 'Anglo-Saxon' in the cultural sense, even if we were born to far more recent immigrants.

That period, roughly 500 years between the end of Romano-British rule and the Norman Conquest has been vitally important in determining many of the positive contributions our nation has made to world culture — particularly global political and legal culture — via the medium of our shared, Germanic language. 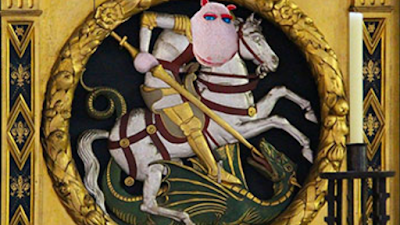 Happy dragon-slaying everyone!
Posted by Inner Diablog at 6:08 pm