Who do you think you are? 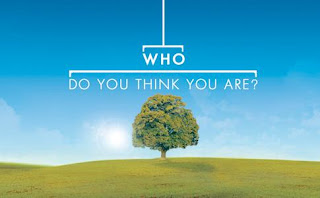 Given that the two biggest skeletons in the cupboard of Western civilisation are slavery and the Holocaust respectively, it's perhaps not surprising that the BBC signs up a disproportionate number of celebrities of Afro-Caribbean and Jewish ancestry for this popular ancestor-tracking series.

Last week TV chef Ainsley Harriot went back five generations and found a young black slave girl, a free negress - who may have been a prostitute - a poor white slave overseer and a wealthy slave-owner: one Mr Harriot. (The overseer had apparently been paid by his employer to increase the slave-stock by natural means.)

Ainsley expressed some distate about the assumed mental make-up of his white forebears, yet declared himself "proud" of a mulatto NCO from Barbados one generation nearer, who had distinguished himself by killing his brother Africans in Sierra Leone as part of a British-led regiment.

The balance on this programme between the historical-didactic elements and the journey of personal discovery is a fine one. Personally I felt that I learned nothing particularly surprising from Ainsley's investigation, but Jerry Springer's was another matter. He knew for instance that both of his maternal grandmothers had been murdered by the Nazis and that his own parents made it to Britain just a few days before the outbreak of war would close that particular exit route, but the precise details of their terrible fate provided material for a singularly moving and disturbing slant on what has become something of a familiar story.
Posted by Inner Diablog at 8:01 pm