Everybody has one here, men in particular.

I saw a news item this morning on the Interwebs which referred to a local lawyer: Chiltepe.

The near universality of nicknames in Guatemala is a phenomenon that was alluded to memorably in Francisco Goldman's first novel The Long Night Of White Chickens.

These monickers are like historical sellos, with a wider currency extending through the whole panza verde community.

At school and university, and then later professionally, I was often addressed by a variety of gently mocking plays on my first name — not the obvious one — and in Monaco (only) I was for a while known as Asparagus / L’asperge for much the same reason my most senior cuñado is known as Seco. (Though neither of us are perhaps quite as svelte as we were when we acquired these sobriquets.)

None of these however could be said to be have been tracking me throughout my lifespan in the way that Chapin apodos tend to do with their bearers. 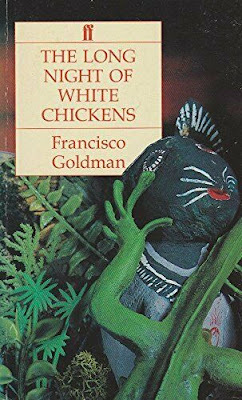